With a consistently masterful output over the past decade that’s traversed just about every nook of the spectrum of genres, John Dahlbäck has established himself as institution within the electronic music realm.

Noted for his prolific studio work ethic, high-energy DJ sets that dig deep into the depth of the underground, and a strict dedication to crafting transcendent melodies and sweeping soundscapes, Dahlbäck has earned his reputation as one of the most respected artists in the game. And despite five studio albums, his own Mutants label, and a repertoire of high-profile collaborations with acts like Kaskade, Rebecca & Fiona, and Dash Berlin under his belt, there’s no rest in sight.

Now, the Swedish production juggernaut is gearing up for the release of his sixth artist album (due out later this year on Armada). Ahead of a performance at New York City’s Space Ibiza NY, the ever-inventive artist chatted about the new record, his work with Armada, and his frustration with the state of certain festival performances.

DJ Times: Your new single is “Raven.” What’s the story behind the track and how did it come to be?
John Dahlbäck: I did it in a hotel after a show somewhere in the US. I think it took three or four hours. I played it out the next day and thought, “Wow! This sounds huge.” This is actually the same version we released.

DJ Times: There are breakbeat moments throughout the track. Was that something you were aiming for?
Dahlbäck: It’s funny: it sounds exactly how I wanted it to sound. I don’t know what I did, but the breakbeat drums and the ravey piano line just worked really well together. The breakdown is very funky and dancey, so I wanted to make a drop that is very straight. I love the fact that it’s a little bit out of nowhere; [the track] is fun in the beginning and then it’s just straight-up club. I love it.

DJ Times: This is the first single from your sixth album. Is “Raven” indicative of the sound or vibe the record’s heading toward?
Dahlbäck: We went with this because we wanted to go with a club single as the first one. The next one [“Atlantis”] is more of a “single” single; “Raven” isn’t a typical one. We wanted to just have something for the clubs. The next one isn’t more commercial, but it’s easier.

DJ Times: What’s the album sounding like?
Dahlbäck: It’s very bright, maybe even happy. Every song started with me on the piano just writing a chord progression or a melody, so each one was just a piano and a vocal at the beginning. Then I went on and reproduced it. It’s a completely different approach than my previous albums. They were less focused on anything—they were just me doing a bunch of songs and then releasing them. I did a lot of songs for this one too, but it feels more like a package now.

DJ Times: It’s interesting how you can weave genres/sounds together. Do you think that the “EDM explosion” has led to the walls between them to come down?
Dahlbäck: I hope that it’s contributing to the rise of smaller subgenres. I think it’s very boring when there’s one sound. When I have free time, I go in and listen to what people are playing at festivals. Sometimes everyone’s just playing the same songs. Why? If you’re given the chance to play a peak-time main stage slot at a festival, why wouldn’t you want to surprise people with something very different?

DJ Times: The track was released on Armada. What’s being part of the Armada family like?
Dahlbäck: I’ve tried a bunch of different ones, and this is the first time that it feels absolutely right. The team is just so on it, and they’re quick on feedback. An ideal relationship for me would be for me to make a two-minute snippet of a new song, I send it to someone, and they say, “Yep. It’s good. Finish it.” That would be the perfect thing, and that’s sort of how it is now [with Armada]. I’m very happy with the whole team.

If you’re given the chance to play a peak-time main stage slot at a festival, why wouldn’t you want to surprise people with something very different?

DJ Times: In our interview with Rebecca & Fiona last year, they joked that you’re so prolific that you might make ten tracks in a day. What’s the key to your heavy artistic output?
Dahlbäck: I would never finish something I don’t like. Even if I only have a beat, I know exactly where I want to take it and I’m so familiar with the software I’m using that I can do it very quickly.

DJ Times: What DAW do you use?
Dahlbäck: Cubase.

DJ Times: Are you using any hardware or is it all in the box now?
Dahlbäck: It’s all in the box now. I have used hardware in the past, but it’s so simple and everything sounds so good with VSTs so I’m happy. What I do is I stack; I’m a stacker when it comes to sounds. I can write a melody, and as soon as I’m happy with it, I stack it up with 15-20 lead sounds. Then I mix it all. I think that would take a long time if I was using hardware.

Stream “Raven” below and go to John Dahlbäck’s Facebook profile for more information. 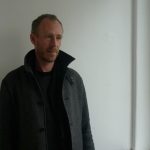 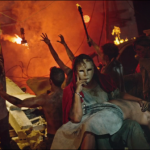