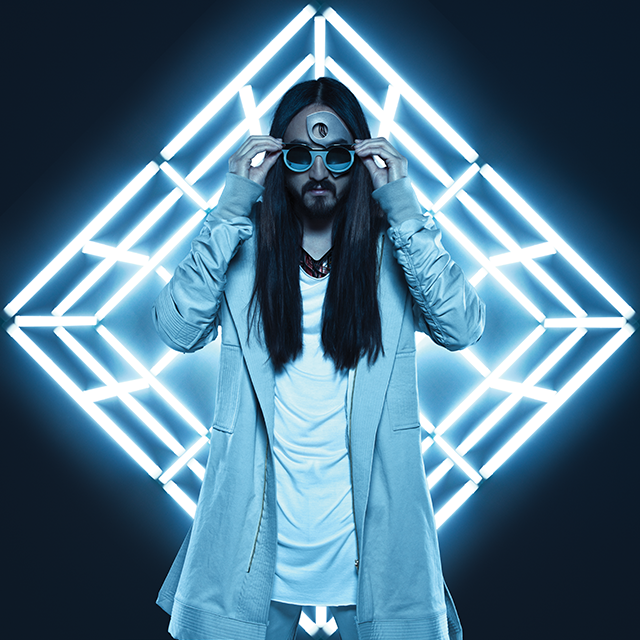 DJ Times: Why did you decide to the split Neon Future into two parts?

Steve Aoki: They were both conceived at the same time. For the first few months of 2013, I wrote a lot of ideas that would make up both albums. It was just too much for one album, and there were too many different emotional trajectories going on. I like to have a spectrum of directions whether I’m working with a hip-hop vocalist, pop singer, or band. When I pretty much cornered what was going to make the album from all the different ideas, it made more sense to split them up. Also, no one wants to hear 20 songs on an album. Even 15 I think is too much for the way people listen to music. I also wanted to give each song its own life, and if I did one album then a couple songs were going to miss out.

DJ Times: What about thematically?

Aoki: I can also have two different themes of what Neon Future means because the themes are unique within itself for each album; the emotional context and depth of each album are different as a whole. For example, on Neon Future I, the theme is really about science and technology affecting humanity—discussing the ideas of living forever, really. Ideas like that are why I’ve got Ray Kurzweil and Aubrey de Grey on there. On Neon Future II, I’m exploring more about entering into the space age and exploring ideas like time travel and astrophysics, which is why I brought in Kip Thorne and J.J. Abrams. Musically, Neon Future I is more fun. It’s more of an introduction like, “This is a party and we’re having a good time with Machine Gun Kelly and Waka Flocka.” On Neon Future II, the general musical theme is really more emotional and raw. There are songs that are much more introspective lyrically and also musically.

DJ Times: They’re not just a collection of 12 or so songs. There are intros, interludes, and outros throughout it that really turn it into an experience. Did those come about organically throughout the recording process or was it something you planned to do?

Aoki: Both. The idea of it being a narrative was already in place before I was even putting this whole thing together. I wanted to write all these ideas and how it’s like a concept album, but the thing is when you think of it as a concept album you think of it being temporary. This, to me, is like a lifestyle concept album; I look at Neon Future as a very real-life goal, so that’s why it’s like I’m pressing and putting a lot more attention on the idea of a Neon Future by interviewing futurists and scientists and philosophers and people that spend their entire life, if not the rest of their lives, in doing research and really exploring all these concepts and talking about so it’s a very real thing. I guess that’s why in Neon Future I the narrative is different from Neon Future II, but they’re all interlinked from the same world; it’s just two different ideas, once more on the space and more on the meta-levels of futurism and once more on the science and the technology that goes with it.

DJ Times: How was the recording process different than that of Wonderland?

Aoki: I looked at Wonderland as more, “OK, here’s a collection of singles that date from 2008 to 2012.” Some of them were vaulted and kept safe until the album release. It was a timestamp of my music and—for me—a look back. It’s a rookie album. It was my first time really looking into an album, and it came at a time when most DJs that were recognized never actually released albums. Back then, there were only a few artists actually who released albums. There was David Guetta and Calvin Harris, who was doing more of an indie approach.

DJ Times: It was all singles then.

Aoki: Exactly, so this is definitely a more cohesive narrative that really abides by this Neon Future and lives inside this Neon Future world. This is why I also look at it not just as a musical project. It’s absolutely a visual project, so that’s why I’m doing a video for every song.

DJ Times: Was the live experience a response to the material or was it developed in tandem?

Aoki: It’s definitely more of a response, but it was an ongoing response. We worked on the creation of the live show throughout all last year, and then we unveiled it in February of this year. So it’s got things like the robots on stage to some of the more kind of android-esque props. I was toying with that on [the Aoki for America tour] but it became what I call “2.0” or more advanced technology on this tour. You see it more with the visuals and the full production. It took a whole team to put together and we had two semi-trucks, three buses, a $100,000-plus production that we built.

DJ Times: It’s very different from just traveling to a nightclub with a USB stick.

Steve Aoki: It’s just like I wanted to feel like the music in Neon Future, but Neon Future is also very new, so a lot of songs people didn’t hear and I was playing like eight to nine songs off the album during my tour like months before the album came out so in order to kind of like give that feeling to people because when you go to a show it’s not just an our tour experience. I always say it’s a full sensory experience when you go to any festival or show; you’re going to gauge and you’re going to judge the show; how much you’re seeing and feeling and hearing, actually seeing and hearing and most importantly feeling because all of what you see and what you hear all boils down to what you innately feel about it so it doesn’t really pull you out and take you to a place that I’m supposed to do and if it doesn’t, then I’m not doing the job I’m supposed to; that’s my goal.

DJ Times: The collaborations on the albums are extremely varied and unexpected. You’ve got Waka Flocka Flame, Fall Out Boy, Matthew Koma and Snoop Lion; how did you decide whom to work with and what do you think ties them all together?

Aoki: I think it comes together well in the fact that they are split up. There are a lot of hip-hop artists on Neon Future I because they kind of break open the doors of how fun Neon Future is. I want it to be fun, I want people to come in and enter this world in a more inviting way, and once you’re in then like it’s time to take you to phase two.

Steve Aoki: There’s more of a rawness in that the lyrics really speak out to you, and it has a depth where it might not hit you unless you are already inside. It’s like you’re reading a novel or a book; the first few pages introduce you to the deeper richness of the book. I can’t just get to page 100 until I have the first introduction, and then once you understand it and are with me we’re going to travel this adventure together. There’s a reason why it’s staggered. You’re supposed to be introduced by one and then enter into two. 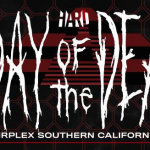 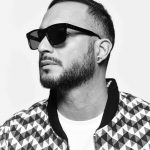