Cevin Fisher built his name in the late-’90s with a flurry of monster tracks that earned support from every major house DJ of the era. Cuts like “The Freaks Come Out” and “(You Got Me) Burning Up” blew up in NYC and beyond, making Fisher’s studio work as in-demand as any genre practitioner. Now, a decade later, that gritty, groovy, hip-swinging, deep-house sound has again found steam in clubland.

Still DJing and producing, the New Jersey-based Fisher released another flurry of bumpin’ tracks in ’15: “Now Let’s Go House” and “Repeat the Tec-Nic” on his Import Tracks imprint, plus “New Evolution” (as a featured guest for Roger “S-Man” Sanchez & Tom Flynn) on Undr The Radr. Additionally, “Lost in Music,” his 2012 collab with Chus + Ceballos, has found a spot on the Spanish duo’s recent artist full-length. More recently, Fisher unleashed a mash-up of his “Freaks Come Out” with Chic’s “Le Freak” to hype his participation in Nile Rodgers’ Fold Festival on Long Island this past August.

We caught up with Fisher to talk studio tech, but also to discuss how classic club sounds never really go away.

DJ Times: That “Freaks” mash-up really works. That must’ve been quite an experience for you.

Cevin Fisher: I’ve always had a connection with Nile and Chic through the music. When I started DJing, I played disco, hip-hop and R&B—of course, “Good Times” was always in the crate. I used to cut and scratch that sick bass break and the crowd would go wild.

DJ Times: How did you create it?

Fisher: First off, I time-stretched “Le Freak” in Ableton Live and then I imported it into Logic. The keys were different, so I had to tweak “Le Freak” to match the key of [my track] “The Freaks Come Out.” I didn’t have the a cappella to “Le Freak,” so I EQ’d all of the bottom end out and mashed it up.

DJ Times: How has your studio approach changed?

Fisher: There was a time when I was literally living in studios and I had access to all kinds of gear. In the beginning, everything was done using hardware – keyboards, synths, drum machines – and then as the technology advanced, I started to work more “in the box.” That’s all fine, but nothing compares to working with a great engineer in a proper studio setting.

DJ Times: A lot of your tracks seem to be built around a percolating groove. Where does that come from?

Fisher: Before I was a DJ, I was a drummer, so the beats always come naturally to me—I played in bands in my earlier years. I also have rich, diverse, musical tastes. Growing up in my house, we listened to everything from R&B, rock, disco, jazz, hip-hop, punk, etc. I also studied classical piano with Jerome Jolles of The Juilliard School. So I can easily chill out to Chopin, Bach, Beethoven, etc. 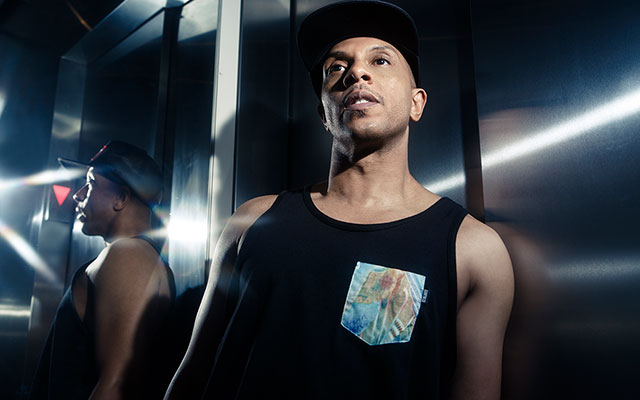 DJ Times: When you were young, what music made you want to make it yourself?

Fisher: I remember a track called “Scorpio” by Dennis Coffey that my older brother played for me. I heard the drums. They called me. Every time the song would come on, I would just bang on anything, cars, tabletops, you name it. And that was the magic song that made me want to make music. I just knew it!

DJ Times: What do you think about the younger DJs and fans now discovering ’90s club music?

Fisher: I think it’s great that the younger generation is getting turned on to the ’90s tunes and club sounds we created. A lot of us original house producers are still going strong and we created some magical tracks. So it’s great to see all of the social sharing and posts of the original house music.

Cevin Fisher: On the road, I play mostly on USB sticks with a three- or four-deck Pioneer setup. I have a Traktor setup at home for my podcasts. I started on vinyl, then transitioned to CDs, then to USB.

DJ Times: Some advice for a DJ who wants to make the transition into production?

Fisher: I would say the most effective way is to decide on the gear you want to use – software, drum machines, etc. – and learn it inside out. Watch tutorial videos. If your budget allows it, I would say take some courses at Dubspot. It’s a great way to get your feet wet and not get overwhelmed with all of the technology in the beginning. Try to master one or two things at a time and keep building from there.

DJ Times: And the producer looking to get gigs as a DJ?

Fisher: It’s definitely tough out there and very competitive, but you have to make your mind up if you really wanna do it. Set some goals, get your social network/connections up. You have to really immerse yourself in it. Pattern yourself after someone you look up to. Don’t out-and-out copy them, but to take notes and learn from them, then go into the studio and create and polish your sounds and learn patience. It’s a marathon, not a sprint. 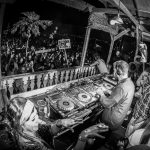 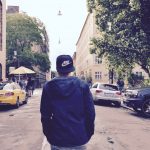