It’s been 45 minutes since we’ve parked our car and my tent has just collapsed.

As they say, from inauspicious beginnings comes great success, and this weekend proved it.

Having flown to California all the way from New York City, I trekked out an hour south of Los Angeles to arrive at the majestic Oak Canyon Park. Surrounded by scenic mountain vistas while armed with nothing more than a few days’ worth of Pop Tarts, a sleeping bag, and a soon-to-be-defunct tent, I was about to experience the pure magic that was the inaugural Dirtybird Campout.

The three-day camping festival took place from October 2-4 and represented the latest step for Dirtybird in its ongoing evolution from San Francisco-based label to a more three-dimensional “event brand.” Put on in collaboration with Los Angeles-based The Do LaB—widely known as the event company behind Bradley, CA festival Lightning In A Bottle—Dirtybird Campout represented a bold step forward for both Dirtybird and the notion of just what a music festival should be.

Upon arriving, campers were greeted with a large “CAMP DIRTYBIRD” sign that welcomed them to their home away from home for the weekend.

Taking on the theme of a stereotypical summer sleepaway camp that recalled iconic films and shows like Troop Beverly Hills and Wet Hot American Summer, the endearing goofiness even trickled down to the Dirtybird Players themselves, who were all clad in Camp Counselor uniforms.

Each day offered a cavalcade of activities available to campers, all of which helped—as corny as it may sound—to build a true sense of camaraderie and togetherness between the attendees. Whether it was open-play sports like Mini Golf, horseshoes, and basketball or games like water balloon tosses, tug-of-war, and dodgeball that pitted the randomly assigned teams of campers against each other for championship glory.

For those less athletically inclined, The Bunkhouse served as an entertainment center that featured staged events like a talent show, live animal demonstrations, and even the fest’s own Blackout Bingo. It also served as the seating space for The BBQ Pit, where fans could grab delectable offerings from the long-running Grill Master of the Dirtybird BBQs: Grillson.

While an assortment of games, activities, and Slip ‘N Slides are nice, a festival lives and dies by its ability to bring together a cohesive mixture of acts that can satiate the wants of wide-range of music fans.

To say that Dirtybird Campout succeeded on all fronts is an understatement. While largely a showcase of the label’s longtime roster—including Justin Martin, Christian Martin, J.Phlip, and head honcho Claude VonStroke—the festival brought in a variety of top-notch club staples as well as radically off-kilter (read: amazing) surprises.

Much of the action took place on the festival’s main stage (dubbed The Birdhouse). The wooden structure was flanked by Void Acoustic Psyco 2 Neo subs and resembled a standard camp cabin with a porch that hosted a raised DJ booth, Void Acoustic Air monitors, and enough space for performers to be joined by a constant gaggle of partying and gleaming fans.

The first night’s soundtrack included a dope hip-hop-tinged tech-house performance from newly graduated Justin Jay followed by a cowboy hat-wearing Ardalan. While Justin Martin partied onstage during his “Function” collaborator’s set, he didn’t begin his slot until after a bouncy set from Breach. With the party’s fire firmly burning at this point, Saturday evening continued the celebratory vibe with a booming B2B set from Jesse Rose and Doorly. Kill Frenzy’s ghetto-tech journey was an obvious highlight, as it included some of his crowd-shaking bombs like “All Night Long” as well as appearances of the hysterical “Answering Machine” and the industrial “Freak” from his new W&O Street Tracks EP.

The early portion of a rainy Sunday saw some of Dirtybird’s younger hotshots tearing up their slots, such as Billy Kenny’s play of a thumping remix of The Weeknd’s “Can’t Feel My Face” or Will Clarke opening with his naughty house spanker “Spandex” as two pink Power Rangers danced around the stage. Benoit & Sergio’s remix of Hot Natured’s “Reverse Skydiving” went down a storm during this slot, but it was &ME’s Playa-Tech that entranced the crowd as the sun went down. Of course, it was no surprise that J.Phlip’s grinding basslines and booty-shaking ghetto-tech rhythms assaulted the audience with irresistible grooves during her set.

The afterhours action was just a quick five-minute walk away at the Campout’s Late Night Lodge, which held some of the weekend’s biggest surprises. The open-air stage was held on the grounds’ grassy Game Field and was flanked on either side with attention-grabbing and superbly-sounding Void Acoustic Incubus Series speakers (with Void Acoustic Airs once again serving as on-stage monitors).

The Friday night afterhours session was kicked off with a one-two punch of Solar followed by Detroit techno icon Daniel Bell. It was Christian Martin, however, who earned his “Performance of The Night” honor badge. The original Dirtybird Player crushed it for hours, beginning at 6 AM and running all the way until at least 9 AM.

The following evening’s late-night debauchery took on a much heavier sound, with hulking trap sets from Lunice and Eprom. That sound even bled over to Claude VonStroke’s turn at the late-night decks, where he dropped bass behemoths under the guise of his real name Barclay Crenshaw after having headlined the main stage earlier in the evening. The most interesting—albeit perplexing—set of the night came from Christian and Justin Martin, who ripped into the last slot of the morning with a fiery drum & bass set.

For its first showing, the Dirtybird Campout made a spectacular impression on all that attended. With a more intimate attendance—thousands instead of hundreds of thousands—and intangible magic, the whole experience was way greater than the sum of its parts. That same spirit was emanating from the Camp Counselors themselves, whether it was J.Phlip tossing water balloons, Justin Martin sharing pizza with a fan, or the Big Bird Claude VonStroke dancing at the afterhours stage until afterhours and still appearing at just about every activity that next day.

It’s no exaggeration to say it was one of the finest festivals of the summer, and there’s no doubt that a large portion of next year’s attendees will be returning ones.

Let’s all just hope that I can find a tent that will stay up longer than an hour in the next 365 days. 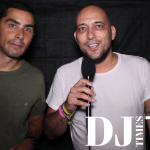 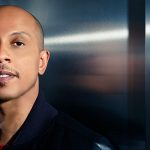 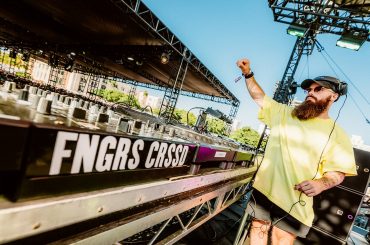