It’s been a hot year for Dirtybird’s resident bass bomber Will Clarke.

The bearded Bristolian DJ/producer is on a seemingly endless hot streak, with releases like “Jackintosh” with Genghis Clan and “Badness” on Dirtybird complemented by the naughty Defected cut “Spandex” and his masterful remix of Hot Natured’s “Off World Lover” in recent months.

While the man is nothing short of a sonic chameleon, his bouncy basslines, furious beats, and booty-shaking rhythms are a mainstay of much of his consistent output. Additionally, he’s kept himself busy with huge bookings like Atlanta’s TomorrowWorld and the inaugural Dirtybird Campout earlier this month, proving that Clarke’s own DJ sets are just as polished as his productions.

Now, Clarke is set to release his latest EP for Dirtybird: the two-tracker Turn It Up. Due out November 6, the release once again shows off Clarke’s undeniable prowess of combining the dirty and the groovy into irresistible, bombastic packages. DJ Times caught up with Will Clarke to talk about how he fell in with the Dirtybird crew, his DJing origins, and what he’s got going on in the studio.

DJ Times: How did you come to be part of the Dirtybird family?
Will Clarke: I’m kind of the new kid on the block, really, which is nice. Just through my management, really. Barclay [Claude VonStroke] signed my track “Badness” to the Dirtybird 10 album, which came out last November, and things really just moved forward from there. I’ve been really lucky; Barclay supported a lot my stuff. Same with Justin [Martin] and Shiba San. They’ve all been supporting it, so I’ve been really lucky.

DJ Times: “Spandex” came out earlier this year on Defected. Defected’s a bit more of a home for house music than Dirtybird’s booty tech sound. How did that come to be?
Clarke: I wrote “Spandex” just as a bit of fun. Me and Rhea—who my manager put me in touch with—got in the studio and literally just had a bit of fun. We wanted to write a song with “Power Rangers” in it. That was the spark. When I first wrote the track, I had real Dirtybird vibes—the bassline was really techy and really distorted bassy. It wasn’t really working, and I wanted it to be a little more cheeky and a bit more fun. I was actually in Berlin doing some work with a mate named Jamie Anderson. I played him it, and we were messing around. He said, “Do a bassline like this,” and we just like, “Winner!” I knew it wasn’t a Dirtybird track, but I sent it to Barclay. He said, “It’s a great track, but we can’t sign it to Dirtybird,” so I sent it to Defected, and here we go.

DJ Times: Which came first: DJing or production?
Clarke: I guess I was initially a DJ first.
DJ Times: How did you start DJing?
Clarke: I’ve been DJing since I was about nine. My first actual gig was when I was about 13. It’s just something I’ve always done.

DJ Times: How did production come into the mix?
Clarke: I went to college for two years to study music technology and was getting into it then, but never really took it seriously. I moved to Ibiza—I did four seasons there—and when I was about 18 I started to knuckle down. It wasn’t really until like two years ago that I really locked myself away and got shit done. Then I wrote “Big Booty” and got signed to Anabatic and moved forward from there.

DJ Times: It’s been a big year for you—you even remixed Hot Natured’s single “Off World Lover.” How did you get that opportunity?
Clarke: It’s another strange one, going back to “Big Booty.” Jamie Jones is one of the guys who’s made my career so big. When we signed “Big Booty” to Anabatic, Jamie Jones was just playing. And it’s not a track that Jamie would play—it’s like a Dirtybird track, a real bassy and garage-y track. I was getting sent loads and loads of videos of him playing, and I was like, “What’s going on?” We started talking to Jamie and was like, “I really appreciate it, here’s some new music.” Jamie said, “I’m not really into that sort of sound, however, we want to get you on a remix. We really like your stuff.” He had the new Hot Natured single coming out, and I couldn’t really turn that one down! Yeah, this year’s been amazing.

DJ Times: Are you more of a hardware or software guy in the studio?
Clarke: A bit of both. I bought a Moog Sub 37. I like to sample hardware and then use it in the software, just because I sometimes find hardware a bit annoying to go back to. I like to write a track quite quickly and then go back to it to see how it sounds while being able to change shit as I go back to it. I always start with a vocal idea. If I don’t have a vocal, I don’t really have a track. Even if I take that vocal out and add something else in, it usually starts as the base.

DJ Times: What else do you have in the pipeline?
Clarke: Just started a new track with a guy called Mikey V, who is a vocalist from Classic. It quite cool, I’m really into it. It’s sounding very ghetto house. It’s still very early days—I’m still not happy with it, but I’ve got a good feeling about that one. I’ve a track called “Booty Percolator,” which is going to be coming out as a free giveaway, probably in the new year.

Stream the Turn It Up EP below ahead of its release. Head to Facebook.com/WillClarkeDJ for more information. 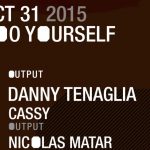 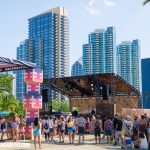