Down on West 16th Street, a gaggle of stylish night owls is stumbling back into the Dream Downtown, a sleek boutique hotel, presumably from a night out at one of the many clubs in the near vicinity.

However, despite the commotion in the air from the partiers, this morning is all business for Armin van Buuren. The trance icon will make his debut on Good Morning America in just a few hours, and call time is at a ripe 5 a.m.—a far cry from his usual timeslots headlining festivals.

Despite the early morning and his calm demeanor, the exhilaration amongst van Buuren and his team is palpable. His latest album, Embrace, came out just the day prior, and updates about the LP’s latest chart positions are excitedly called out throughout the morning. The big news? At presstime, Embrace was ahead of Adele’s gargantuan sadcore smash “Hello” on the iTunes chart in van Buuren’s home country of Holland.

It’s apparent that this happiness stems from more than just chart placements and sales numbers; it’s validation for what has been the riskiest of artistic reinventions of the Dutch DJ/producer’s career—but more on that later.

The early rise might seem like a lot of action so early in the day, but the whirlwind doesn’t truly begin until the group arrives at the Good Morning America studio in Times Square. Quickly shuffling backstage, Team van Buuren spends the next few hours of the morning preparing for the DJ’s performance at the end of the show: a three-minute medley of “This Is What It Feels Like” and “Another You” to a studio audience that includes anchors Sara Haines and Nick Lachey dressed as Barbie and Ken for a festive Halloween celebration.

This performance stands in stark contrast to van Buuren’s plans later that evening. At midnight he’s off to Pier 94 to headline RPM Presents’ Pier of Fear spectacular, playing to a much more familiar audience consisting of thousands of his rabid fan base who know the intricacies of his vast back catalog. The three-minute-thirty-second Good Morning America taster will be replaced by a multi-hour trance journey packed with ebbs, flows, pyrotechnics, and a plethora of hands-up moments.

The fact that these two diametrically oppositional performances are occurring in the same day is oddly fitting. The magic of Armin van Buuren has always been his ability to simultaneously exist in the world of dance music and the mainstream consciousness without alienating himself from either. By consistently serving audiences something that is quintessentially Armin van Buuren, he’s never strayed from his focus on conveying creative integrity.

This dedication to artistic authenticity is fully showcased on Embrace. Tasking himself with “embracing” new instruments, sounds, and themes, van Buuren has put together a wildly different experience from what’s come before without abandoning what makes him so beloved by fans across the globe.

We connected with van Buuren in a rare moment of reprieve between his two gigs that day to chat about the new album, his role as an industry leader, and where one can even hope to go once reaching the top.

DJ Times: You performed on Good Morning America earlier today. Is that something you could have ever anticipated when you were starting out as a DJ?

Armin van Buuren: No. You have to remember that I’m very much Dutch, so to be able to do a show like that is ridiculous, really.

DJ Times: What does that say about the way dance music has progressed in the U.S.?

Van Buuren: I think it really proves that dance music has become that big. If the show is rated that high, it means that the network wants to hold onto the tradition of having a DJ on the Halloween show. It proves that the big crowd out there—“the mass” if you want to call it that—really likes DJs right now. It’s crazy, seeing how far we’ve come ever since The Loft era and Studio 54 and all those days.

DJ Times: How does a performance on a morning show compare to your set tonight at something like Pier of Fear and even your surprise set at the 800-person Armada Captivating event at Amsterdam Dance Event this year? 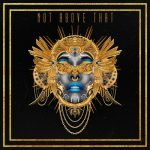 Hear Dawn Richard’s Blazing Machinedrum-Produced Single ‘Not Above That’ 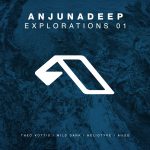