New York City has seen a long line of late-night DJs rule its legendary clubland, and for more than a decade Brooklyn’s Boris Inzhin has been one of them.

Known simply as Boris, the Brooklyn-based/U.S.S.R.-born jock has enjoyed much-heralded residencies at such NYC hotspots as Exit, Roxy, Crobar and Pacha. His current New York party, Transmissions, has begun to fire up Gotham clubs like Space Ibiza NY and Marquee.

In addition to running his Transmit Recordings, which offers the popular, weekly Transmissions podcast, Boris has reeled off a slew of tracks and EPs for labels like SCI+TECH, Suara, Toolroom, Intec, Tronic and Alleanza. “Where’s the Beat,” his latest techno mega-groover on Detroit’s Incorrect Music, perfectly epitomizes Boris’ late-night vibe with its manic sound effects and rugged, yet irresistible beat pattern.

For Miami Music Week, fans can catch Boris at: the Nervous Pool Party at Fifty Miami on March 18; the Get Wet Party at The Surfcomber on March 19; and the Transmit Showcase at Heart Miami on March 19. We recently caught up with Boris to talk techno and more.

Boris: New Year’s Day [DAY ONE party at Manhattan’s Stage 48] is always one of my favorite events to play music because you can play pretty much whatever you feel, and go with different types of genres, by going darker, harder, deeper, or housey. Then, you mix that in with some vocals simply because you have so many hours to play. For a gig like that, usually, I’ll play anywhere from 10 to 12 hours.

DJ Times: What are your all-time favorite clubs to play and why?

Boris: Crobar and Roxy where the best super-clubs in NYC during the golden era of clubbing. Space Miami because there is nothing like that terrace when it’s rocking.

DJ Times: The audience for dance music is a little different now. How has a DJ’s job evolved in recent years?

Boris: Kids who go to clubs come and go all the time, so your job as a DJ is to keep them interested with your music, shows, merchandise, visuals, and anything that will keep them into you. I also think it’s much harder for DJs nowadays due to the abundance DJs out there. When I was starting out, there weren’t many. Now, anyone can be a DJ with a laptop. Just look at some of the non-DJs that are playing.

DJ Times: Do you see an evolution with the newer audiences?

Boris: Kids always will start out with EDM stuff because that’s what’s being played for the masses at festivals, on radio stations and more of the bigger clubs. But eventually, kids grow into adults, and their tastes in music mature, and change into something more.

Boris: It’s never a good thing when a club closes—usually, that’s not a good sign. But the good thing is there are other great places all over New York, whether it’s Space Ibiza NY, Output, Marquee, Stage 48 and other smaller venues for house music. The scene fluctuates up and down, just like anything else. But at the end of the day, people will go out to clubs, and listen to music.

DJ Times: Musically, what are you feeling right now?

Boris: Music is always changing, so my musical tastes are always changing. I would say more of darker techno, as well as more of the groovier techno that’s mixed in with some percussion sounds. Seems to me a lot of the music now is going back to that.

DJ Times: What are the essential components in your studio?

Boris: I don’t really need much besides my studio Mac, a keyboard, [Native Instruments] Maschine and the various plug-ins I use.

DJ Times: When you’re DJing, what are your essentials in the booth – from gear to beverages?

Boris: I need my four Pioneer CDJs, along with a Pioneer DJM-900 mixer, some banging monitors, along with a bottle of Grey Goose, Red Bulls – and let’s go! 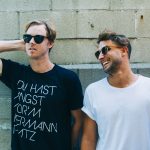 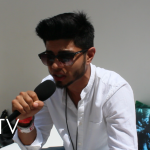