No one brings the sun to the function quite like Cut Snake.

The duo is made up of Paul “Fish” Fisher and Leigh “Sedz” Sedley, a pair of Aussies as well versed in the studio as they are behind the decks. Having cut their teeth at parties across Australia, the twosome has carved out a sunny, bouncy style of tech-house all their own. Eschewing the sometimes-capricious vibes of the genre in favor of party-ready bombs that can turn any crowd out, the group has become one of the freshest talents of the scene today.

Most recently, the duo tore up Miami Music Week in celebration of their supernatural-themed EP: the two-track Magic (out now via Warner Brothers). With a performance at Vestal Village in Indio Valley this week (and a set at the festival proper’s DoLab Stage during its second weekend) on the horizion, the surfers-cum-DJ/producers caught up with DJ Times for a quick chat about the latest EP and forthcoming material.

DJ Times: How was your Miami Music Week experience this year? How did it compare to prior years?
Cut Snake: It was fun—great meeting new artists and the parties were unreal. The best thing about Miami Music Week is you can party anytime and anywhere! The first time we went, it was more of a spectator experience. This time we DJed nonstop, playing the 1 Hotel, Sweat It Out! at the Shelborne, and the Dim Mak party, so it was a blast.

DJ Times: Wildest moment of Miami Music Week 2016?
Cut Snake: The wildest moment was when Sedz went missing at the Dim Mak party, and he ended up on the nearby army base head-to-toe in military fatigues!

DJ Times: You just released your new Magic EP. What went into its inspiration and creation?
Cut Snake: We were playing nonstop club shows in Australia and wanted a few secret weapons for ourselves. These two went off each and every time we played them, so we wanted to share them!

DJ Times: You’re on a US tour at the moment. How are the crowds and clubs? Any particular standouts?
Cut Snake: The tour has been amazing so far. Everywhere we’ve gone we’ve had a great crowd, especially the new cities we’re playing like Detroit and Chicago. The standout so far was our first ever headlining show at Sound in LA; it was amazing!

DJ Times: What’s are some current gear go-to’s in the studio right now? Any particular plugins or pieces of hardware?
Cut Snake: Komplete by Native Instruments is the key for us usually. Some other key plug-ins we use are [the] Rob Papen SubBoomBass [virtual synth], Fabilter EQ, and CLA-2a Compressor.

DJ Times: For someone who hasn’t caught one of your DJ sets, what sort of energy and sounds can they expect?
Cut Snake: Good housey tunes and a good vibes. Come see for yourself!

DJ Times: Are there any particular tracks that you’ve been hammering in your DJ sets as of late?
Cut Snake: “Hocus Pocus” and “Magic,” of course!

DJ Times: What sort of summer plans do you have in the works? Will there be new material or a focus on touring?
Cut Snake: We have a few summer parties that we’re going to be playing. Always fun here in Los Angeles—over summer it’s the best time to be here without a doubt. We’re in the studio working on our next EP now, working with a couple vocalists to make some summer vibes.

Stream the Magic EP below and head to Cut Snake’s Facebook page for more information. 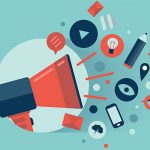 Do You Have a Brand Awareness Problem? 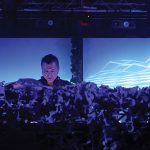