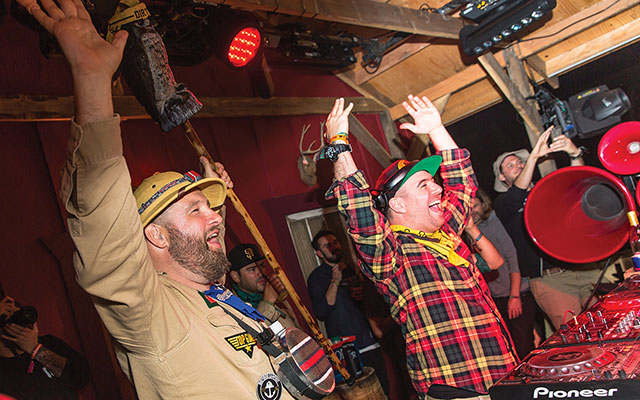 Martin: We’re silly people; we’re all kind of quirky in our own way. We never really thought that we’d get this far, so I think all of us just have this sense that we know the ingredients that work and the base of it all is our friendship and sense of humor. Barclay and I both have said this: We’re the most serious not-serious people you could ever meet. We’re very, very hard-working and will fucking do anything to get our sound and music out there, but we’re very serious about having a good time and making it fun.

Martin: When I was first starting off, the people that inspired me and that I remember are the people that you meet that are approachable and nice. I always said if I’m ever successful, then I’m never not going to be that person. I’m going to make sure that I can inspire someone in any way possible. We’ve all taken that ethos—Barclay, my brother, J.Phlip, Worthy, the core crew and extending onto all the artists that become part of the family—and we’re just having fun. Yes, this is our job and our passion, but the most important thing is if this stops being fun, I won’t be doing it. That combined with the fact that we’re all pretty approachable people and we keep each other grounded. No one’s head gets out of control. We go to a party and we feel like we’re attendees just as much as the main attraction.

DJ Times: What’s the process for when the Dirtybird crew is “adopting” someone into the family?

Martin: Boot camp. No [laughs]. We used to joke that we made a few people go through Dirtybird Boot Camp, like J.Phlip and Ardalan. Basically you just have to hang with me and Barclay for, like, a weekend in Miami, and if you can hang, you’ll learn a lot of lessons and you’ll have a great time and come out the other end and be like, “Wow, that was one of the most fun weekends of my life.” Or, you won’t get it and will have no interest in sending us another song.

DJ Times: Has anyone failed the test?

Martin: Not that I can remember. There’s nothing crazy or strenuous. It’s just basically: Can you hang with the crew? Do you fit in? Is your vibe right? Are you a good person? Or are you a fucking evil person that wants to go fuck shit up when you’re drunk? It’s trying to gauge whether someone has a good vibe or not. You could honestly make the best music in the world, but if you’re a total shithead, then you’re probably not going to sign another with Barclay. Every single person on that Dirtybird Campout lineup that I know, I can vouch for. They’re all awesome people that I look forward to hanging out with again.

DJ Times: What about Dirtybird Campout? What was it like seeing something you’ve grown for 10 years become that?

Martin: It was emotional! It was amazing. It was incredible. It was a dream come true. It was absolutely one of the most special weekends of my life.

DJ Times: Do you want Dirtybird to continue to grow, or do you want to cap it out in a sense?

Martin: We definitely want it to keep growing, but within its means. The Campout wouldn’t be the same if it was a 50,000-person festival. You’ve got to keep it intimate and keep it personal. There are caps, but that doesn’t mean we can’t do two festivals—one on the East Coast and one on the West Coast—or do more cities for our BBQ. I think the growth is unlimited, but we definitely want to keep the experience the same and make sure that the whole DJ booth isn’t just a big Budweiser can.

Martin: Oh boy. In the last three years, Worthy moved out of my apartment. I was living with him and Ardalan. Instead of renting out the third room, I decided to move my studio into it. Up until then, I just had it in my bedroom, which is great, but my girlfriend lives with me, too, so it’s not that great. She can sleep through anything, but sometimes it’s just like, enough is enough. I definitely work way past the hours I should be working. Having a new room, I suddenly got the hardware bug and I started buying a lot of shit because of just having the space to put it out. Right now, it’s my dream studio.

DJ Times: What are a couple of your favorite hardware pieces right now?

Martin: The [Moog] Sub 37—I just bought that. I also have a Minimoog Voyager, which I love, but the Sub 37 kicks its ass. It’s the most badass keyboard in my collection. I also have a [Dave Smith Instruments] Prophet 12, which I probably use the most. And then just a bunch of other toys, a [Roland] 303 that I’m getting modded out really sick right now; it’s going to be matte black and I’m getting the parameters expanded. I’ve got a Korg R3 with the vocoder, and I’ve got the other one, the microKorg, which is really fun. I’ve got everything running through this thing called Spec-Line Mixer, so all of my keyboards run into that and then that runs through a Neve Master Buss Processor, which is fucking sick. That makes everything sound good. I’m trying to figure it out so that I can loop it to do my own self-masters through it because it’s such a beast. I’ve got my little mic setup, which I used to record all the vocals for the new album. That’s all running through the Tube Tech CL1B.

Martin: It’s nice! It really is my dream studio. I don’t spend a lot of money on shit like sneakers or anything really. I don’t have a car, so if I’m going to invest my money in something, it’s going to be something I can be creative with.

DJ Times: When you’re writing tracks, do you start with an element like a loop first or do you focus on the song structure initially?

Martin: It usually starts with an idea. I feel like the best tracks come from a strong idea, and a lot of the best ideas come from going out and having drinks with my friends. When I get stuck on something, I just go out and have a good time and laugh and hang out with people. Some stupid idea will come to me and I’ll try it out. It’s basically like a song that inspires me, a bassline that I want to sample, or a funny hook that we’ll think of and laugh our asses off. That’s when things usually go the fastest. I don’t really sit in the studio and go, “Alright, I’m starting from scratch with a blank canvas.” I can’t do that. I have to have some sort of direction of where it’s going and the vision of it in my head and then create it with sound.

DJ Times: Do you work at all on the road?

Martin: My ears aren’t great. I have tinnitus, for sure. I try my best now to wear earplugs at every show, but working in headphones is not good for me. Even when I’m at home, I keep things at a low volume while I’m producing. Music is everything for me, and I want to be able to hear forever. 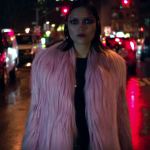 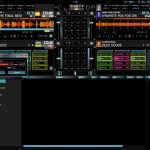