It’s a Thursday and Ben “DJ B-Roc” Ruttner and James “JPatt” Patterson of The Knocks are running loose in Minnesota’s Mall of America.

The New York City-based electronic duo has a rare, spare day on its month-long “Route 55” North American tour, which hits 20 cities ahead of the release of its debut full-length, 55 (Neon Gold/Big Beat). Named after The Knocks’ HeavyRoc studio located at 55 Chrystie Street, in the Chinatown neighborhood of Manhattan, 55 has been a long time coming.

The Knocks’ debut was meant to come out in 2013, but a label change, and massive success with their bumpin’ 2014 single, “Classic” (featuring Powers), took the two in a different direction. “We were cursed,” says Ruttner. “We weren’t accepted by the super-cool indie kids and we weren’t Dr. Luke pop. We were on the edge. Now that edge is blurred, and credible pop is starting to get accepted. It’s about finding the right balance.”

This balance is found in a lush approach to production with delays, unquantized basslines, and a looseness that feels a bit dirty, yet holds its own alongside tight, clean and shiny pop production. Ableton Live 9.0 DAW is the central piece at HeavyRoc, but it also houses plenty of traditional instruments, including Fender P-Bass and Strat guitar. Other items include Strymon BigSky Reverb pedal, Boss CE-20 Chorus and PH-3 Phase Shifter pedals, as well as a Roland Juno-106, Moog Little Phatty, and Clavia Nord Lead Electro 2. The duo also uses Native Instruments Kontakt Komplete 7 and Spectrasonics Omnisphere 2.0.

What you won’t find The Knocks doing is using the VST version of a keyboard. They stick to the VST for a sound they are intentionally trying to keep digital.

“If we made everything with an analog keyboard, instead of a nod to retro, it starts sounding too retro,” says Ruttner. “We pride ourselves in making this stuff sound like it has a classic vibe, but with a future sound to it. We’ll use the Omnisphere with its borderline trance-y sound, but we’ll pad it or layer it with warm analog pieces. That tends to create a good balance.”

Adds Patterson: “We pretty much run everything through our Empirical Labs EL8X distressors. We try for a ratio of 6:1 or, if we’re really trying to hit it, then, 20:1. Probably 80-percent of the bass or synth line on the album is made on an Access Virus TI, that and the Juno.”

Every song on 55 is mainly started, always completed, or sometimes entirely created at HeavyRoc. The star-studded vocals feature plenty of high-profile artists, including Wyclef Jean on the summertime jam “Kiss The Sky,” Cam’Ron on the ’70s-style swing of “New York City,” Carly Rae Jepsen on the pretty pop of “Love Me Like That,” X Ambassadors on the funky “Comfortable,” and Matthew Koma on the irresistible joint track “I Wish (My Taylor Swift).”

Recording vocals for The Knocks, Ruttner says, requires some finesse. “We use the Neumann U87 mic—the digital one—into a Great River Electronics preamp, then into a distressor outboard compressor,” he says. “We don’t really slam the distressor with vocals. We let it run through for a little extra warmth. We like our vocals crispy, pretty, and pop. We usually cut out some of the lows and boost some of the mid-highs to give it that sizzle.

“A lot of our music is drums, low end, and midrange. Because our production is pretty wall of sound-y, the vocals have to be able to cut through all the stuff going on. We use the Waves Diamond Bundle and send the settings to our mixer to get it to sound the way we wanted using our same chains.”

The Knocks are no strangers to DJing either, having been at it for the last 15 years. But the majority of their dates for the last couple of years has been as a live-stage act. For this, they swap out their four Pioneer CDJ-2000s, Pioneer DJM-900 Nexus mixer and USB sticks for some classic outboard gear. On Patterson’s side is the Nord Electro 51-key, which MIDIs to Virus TI Snow. He additionally has the Fender P-Bass and Shure SM58 microphone.

On Ruttner’s side, there’s the Moog Little Phatty. He also runs Ableton with a Native Instruments Maschine pad triggering a ton of sounds. Plus, he has Roland SPD-SX Sampling Pad E-drums and a vocoder running through another SM58.

The setup is part convenience, part necessity. “When we started doing our live show, people didn’t really know what we were doing,” says Patterson. “Are the live? Are they DJing? It’s electronic with some instruments being played. We have instruments in our music, but we don’t have the money to pay a band.” 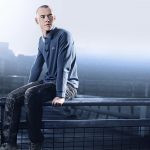 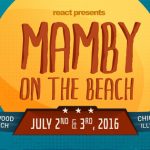