Mat Zo, a Grammy-nominated British producer, began his career as a trance artist, signing his first track to a:Loud Recordings at 16. He was soon picked up by Anjunabeats, releasing his first EP with the label in 2008. Simultaneously, Zo began making waves in the drum ‘n’ bass world with releases on Hospital Records under the pseudonym MRSA. In 2013, when it was time for his debut album, Damage Control, he’d already become a genre-less dance music renegade.

This March, Zo released his second studio album Self Assemble under his own Mad Zoo label. The album tells a story about the future and how technology will make everything immediate.

We caught up with the British DJ/producer ahead of his show at Brooklyn’s Output nightclub on Friday, May 13 to chat about the new album. Catch our interview with him and enter to win a pair of tickets to the show below!

DJ Times: Your Self Assemble album recently dropped under the Mad Zoo label. Tell us a little bit about the album.
Mat Zo: It was a project 3 years in the making. It was pretty much finished last year, so it has been sitting around for a year waiting to be released. It feels good to finally get it out.

DJ Times: The first sginel was “Soul Food.” Why was this the first track to be released?
Mat Zo: I wanted to start with the track that I played out the most. This is the track that has gotten the most reaction at the clubs, so I decided to release it first.

DJ Times: Can we expect a tour for the new album?
Mat Zo: I won’t be heavily touring this album because there are only like two or three tracks that I can actually play out. I will be doing album celebration gigs, but I wouldn’t call it a full on tour. Maybe later in the year, but we shall see.

DJ Times: Within the studio, what type of gear do you prefer to use?
Mat Zo: I’m pretty much an all software type of guy. I have hardware stuff, but I hardly ever use it and I usually just play around on it. To actually create my music though I use Ableton.

DJ Times: What equipment do you use within the DJ booth?
Mat Zo: Just CDJs, a USB stick and headphones. Pretty simple. There is typically [Pioneer] CDJ-2000’s and a DJM 900 mixer, which are pretty much standardized.

DJ Times: How did you start DJing?
Mat Zo: I was 14 and someone came into school for a special music lesson, DJ Pied Piper. He’s actually quite a famous DJ in the UK. He came in because one of the music teachers knew him, and he taught our class the basics of mixing. From that moment I was hooked. It was vinyl mixing back then, but I really got addicted to the feel of mixing.

DJ Times: When you have spare time and you’re not producing music or traveling, what do you like to do?

Mat Zo: I like to go to the mountains a lot. Lately, I haven’t had much time to go out due to work. Some people would say that’s pretty boring, but I have a job that I love and it keeps me rather busy.

RULES: YOU MUST BE 21+ TO ENTER, AND BE ABLE TO PROVIDE YOUR OWN TRANSPORTATION TO THE VENUE. MUST BE A US RESIDENT. TICKET PICK UP INFORMATION WILL BE SENT TO THE WINNER AFTER May 12 VIA EMAIL. No purchase necessary. The voting period will begin at 11:00AM EST on May 9, 2016, and ends at 9:00 AM EST on May 12, 2015. The winner will be notified that day via email. The winners are allowed to bring ONE companion of their choice. Winners will be denied entry if they try to bring more than one companion. Entrants must use their legal name on the contest entry form as listed on the ID being used to pick up tickets. The contest/event is only open to those 21+ at the time of the event. Winners must respond in a timely fashion via email to confirm their spot, otherwise their prize will be forfeited. DJ Times will not be held liable for any damage to personal property or injuries sustained while attending this event. Prizes are non-transferrable. While we will never spam you, entering via email gives DJ Times permission to add your email address to its email mailing lists, and to share your email address with any sponsorship partners of this event. 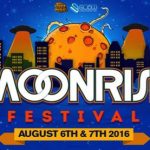 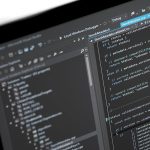