­British DJ/producer Alan Fitzpatrick is kicking off a new phase in his career with the launch of his new label We Are The Brave.

Fresh his fabric 87 release this past April, the techno artist is aiming to make We Are The Brave serve as an umbrella for a record label, clothing range, events brand, and art exhibitions. The label promises to embrace a wide range of electronic music styles from both Fitzpatrick and his peers, all underscored by a “ballsy, unconventional attitude.”

The label will officially launch with the release of Fitzpatrick’s own “We Do What We Want.” The track was played during Fitzpatrick’s sets at Junction 2 and Croatia’s Hideout Festival this year and features a thumping techno beat, old-school breaks, and industrial synth knocks. An official release date has yet to be announced, but you can stream a preview of the track below. 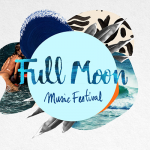 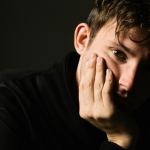