Annie Mac’s radio shows have become dance music institutions over on BBC Radio 1, and Danny Howard and MistaJam will step in to take the reigns for them while she steps away in January 2017 for maternity leave.

For the month of January, MistaJam will take over Mac’s weekday 7-9 PM show, while Howard will take to the decks of the Friday program from 7-10 PM. During the takeovers, both MistaJam and Howard will still host their ongoing shows on 1Xtra and Radio 1.

MistaJam has been a mainstay on both Radio 1Xtra and Radio 1 since 2005 and 2008, respectively, running a weekday show on 1Xtra and the Saturday Night Soundclash on Radio 1. As the host of Saturday night’s Dance Anthems program, Howard has been a regular voice and curator on the station since 2012.

Head over to BBC.co.uk/radio1 for more information. 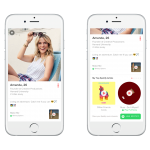 Tinder & Spotify Team Up to Bring Music to Your Matches 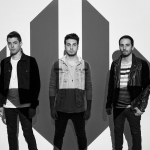 Cash Cash Plot Must Be The Money North American Tour