House legend Todd Terry stepped behind the hallowed decks of New York’s Flash Factory in early September for a very special performance at the season opener of Ladyfag’s Battle Hymn, and you can now listen back to the bouncy set from the comfort of your own home.

For those unaware, Battle Hymn is the weekly Sunday night rendezvous of NYC nightlife maven Ladyfag at Chelsea’s Flash Factory nightclub. Since its debut earlier in 2016, the event has grown into an entity of its own and one of the city’s best parties, attracting huge names from the queer dance sphere and beyond (including Honey Dijon, The Martinez Brothers, Hercules & Love Affair’s Andy Butler, Prosumer, and Honey Soundsystem).

Todd Terry’s turn behind the decks last month was significant in two ways: 1) he was the party’s first headliner at its debut way back in April, and 2) it served as the event’s first headliner since its mid-summer break. With the Club Kids out in full force serving gag-worthy #looks, it was a night for the ages.

To mark the occasion, Terry delivered his signature house flair, both past and present. From its epic Gladiator intro to appearances of Inner City’s seminal “Good Life” and Crystal Waters’ “Gypsy Woman (She’s Homeless),” it’s a big ride that you simply need to hear.

You can listen to an hour of his set below courtesy of Battle Hymn’s newly minted Soundcloud account, and get more information via its Facebook. 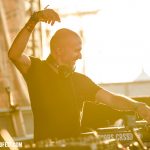 Sunny with A Side of Bass: CRSSD Fest Brings Dance’s Finest to San Diego 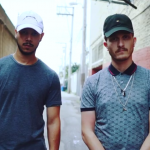