Since moving from Bangladesh to California in his childhood, Sanjoy has turned music into a universal language.

After getting his musical start as a youngster, the DJ/producer has fielded a wide variety of influences and given each his own unique spin. From playing with pop bands in his early teens to learning to produce electronic-dance music and later relocating to India to producing for Bollywood musicals, Sanjoy’s work represents an intersection and melding of international cultures in a way few other people ever do.

This year, Sanjoy brought all of these experiences together on his debut LP Dance Under The Influence. Using his love of electronic music productions as a foundation, the 24-year-old producer tapped Indian popstars he’d become friends with over the years and got them sing in English for the first time. The end result? An undeniable breath of fresh air in a genre often focused on a safe, main-stage-ready dance bombs rather than musical innovation, and an album that manages to tell the story of its creator in stunning detail.

With Sanjoy’s new single “Obvious” in the pipeline as well as collaborations with producer Gazzo and singers Elliot Yamin and Colby O’Donis in the pipeline, we caught up with the prolific artist on a recent trip to New York. 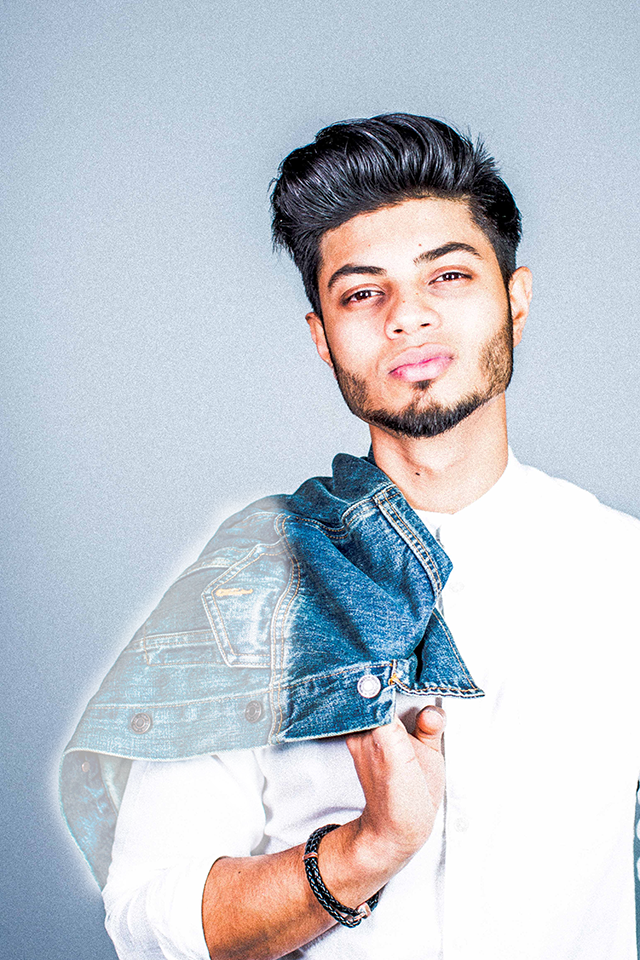 DJ Times: What was your musical upbringing like?
Sanjoy: I moved from Bangladesh to San Jose when I was 11-years old. I came from a very musical family. My mom is a singer on TV and radio in Bangladesh, and she was the one who put me into percussion lessons and stuff like that at a very early age. Music was always a part of me since then. I used to play with my mom a little bit. When I moved here, that was my only escape because I wasn’t really fitting into this culture, you know? I couldn’t wear the same clothes they wore here. I couldn’t speak the same language—I had very broken English. Music was there always for me.

DJ Times: What sorts of music were you raised on and what did you start making?
Sanjoy: I learned Indian classical music. It’s kind of like the Western [classical music], but it’s based on Sanskrit, which is like a scripture language. When I came here, I had an interest in the Western classical music, so I took a little bit of piano lessons. When I discovered you could make music on a laptop with every sound that’s in your head, I figured out that I’ve always had that composer in me that could come up with tunes and sounds.

DJ Times: Did electronic music or Bollywood production come first?
Sanjoy: Electronic music production was my sound. I was making dance music since I was 13-years old; I used to listen to Booka Shade and their old records [as well as] Daft Punk and whatnot. I had cousins who lived in Europe, and they would mail me CDs back then for birthdays and stuff. I grew up with dance music; I couldn’t understand rap here, which was really big here. I was always drawn to beats, though, and [rappers’] beats were awesome. I would try and recreate that kind of a sound, and because I was doing that here, I had more of an authentic sound. I took that to Bollywood, and they were like, “Wow, this is what we’re trying to do and this would be a good fusion of Bollywood music with hip-hop or electronic dance music.”

DJ Times: How long were you producing Bollywood music for?
Sanjoy: I was doing that for around three to four years. I was back and forth all the time—I actually lived in Mumbai for about half a year and made songs for a couple of really big film stars there.

DJ Times: Did that location shift affect what you were doing with your own productions?
Sanjoy: Yeah, I got focused totally into Hindi music, so I put out a couple of Hindi electronic dance records which did really well for me. That’s what gave me my core fanbase, but then I realized people over here [in America] weren’t latching onto the language that much because they didn’t understand what I was talking about in the song. Now I’m releasing my own songs that I’m writing with my friends in English.

DJ Times: You’ve been releasing songs featuring Bollywood singers singing in English for the first time. Did that just come about naturally?
Sanjoy: Yeah! I’ve become friends with all of them—they’re really big popstars in India—since I had recorded them for Bollywood films. We had a friendship growing, and I thought how cool would it be [to record] since they’re such great singers doing playback singing and are really experienced in the studio and have to match the actors’ emotions. Everything was all there, so it was a no-brainer for me to have my friends sing on my album.

DJ Times: When did work on Dance Under The Influence begin?
Sanjoy: Two years ago. I’ve always wanted to do an album, but with my Bollywood work, I never got to put out the music that I was making. When I finally decided that I wanted to focus on my artist side and build myself, that’s when I was like, “Let’s bring the talent in from India, and let’s collaborate with some good people.” We’ve got Stephen [Rezza], Natalie [Hawkins], and Brandon [Van Duyn], who are all amazing songwriters who I sit and write with all the time. We decided to pick a couple of good songs and productions and write some songs for people to sing.

DJ Times: From a production standpoint, are you mostly in the box?
Sanjoy: It depends. I use a lot of live instruments like guitars. When I track vocals, I like it to all be in analog—I like the analog compressors. I grew up using that kind of equipment, so why not? It sort of differentiates me from some of the other producers that are entirely in the box—not that I have anything against that. It gives me an extra edge to use live instruments.

DJ Times: When did DJing come into the mix for you?
Sanjoy: It came after production when I realized I would be the only person to play my own music [laughs]. I started with high-school parties where I would remix all these popular songs and then stick my songs in between them. I love connecting with people—even live—so I’m very energetic when I perform. I saw that even my friends were into it.

DJ Times: What’s your preferred DAW in the studio?
Sanjoy: I heavily use Propellerhead’s Reason and Ableton Live for production and sound design. Lately I’ve been using [PreSonus’] Studio One 3 for mixing and mastering as well. I think each of the DAWs has their own advantages, and I love being able to use different DAWs for the same project. I think you can really re-imagine certain things once you stem out a project and take it from one DAW to another.

DJ Times: What are your favorite plug-ins?
Sanjoy: I love the Reason effects [Scream, Pulveriser], Rack Extensions [Keys, Parsec], Massive, Serum, U-he Diva, the Fab Filter Bundle for EQ and compression. I love Ableton’s sampler device because I sample a lot of Indian instruments and have built my own library of them. It’s really easy to play them out on the keyboard now using sampler or Kontakt.

DJ Times: Your DJing setup?
Sanjoy: Four Pioneer CDJs and a Nexus 900 mixer. Sometimes I use a Serato and vinyl setup, too. However, that’s if I am playing an open-format set and can scratch and juggle. 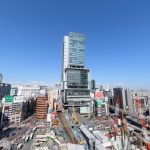 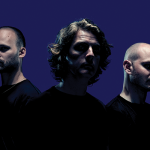 In the Studio with Noisia’s “Outer Edges”