There is one woman on the scene who should make the average DJ feel, well… pretty average.

Introducing the impressive force known as Lady Waks. Appreciated worldwide for her breakbeat sets, the Russian-born DJ/producer has won numerous Breakspoll Awards, but that’s not all. She does a radio show, holds a degree in graphic design, breakdances, conducts her own marketing and runs a clothing company. And she achieves all of this as a mother raising a six-year-old daughter.

Born Alexandra Seregina in St. Petersburg, where she still resides, Waks, 34, began as a breakdancer and announcer at hip-hop events before finding her groove in the breakbeat world. For the past 16 years, she has conducted Radio Club on Russia’s popular Radio Record station, which also streams online, playing a variety of music, including trance, breaks, drum-n-bass and more.

Seregina also created In Beat We Trust LTD, which umbrellas a record label (In Beat We Trust Music), an artist-booking agency, a clothing company, and an event-promotion company. We recently caught up with Lady Waks to discuss her unending array of activities.

DJ Times: You do your own artwork, marketing, record label, production, etc. How do you do it all? Any tips?
Seregina: In our digital age, you need to be a social-media expert or have someone do that for you. I wish I were able to focus on one task and do the best at it. It looks from the outside like everything is complete. If I didn’t have to do marketing, for example, I would release so much more music. If I could just focus on my clothing brand, I would take it to the next level. I am really busy, but I feel like I could do each thing better.

DJ Times: With your music, what kind did you play in the beginning?
Seregina: Hip-hop. I was also into breakdancing and belonged to a group that won top awards. I was dancing with them on the street to make money. I was a B-girl at a young age and was all about hip-hop culture, including the scratching, and I think that’s how I got into graphic design.

DJ Times: And your evolution into breakbeat DJing?
Seregina: My radio show was, at first, based on hip-hop. It wasn’t about DJing at first – I was talking more and telling stories. I would be an announcer at the breakdance battles. Then, I started to organize my own events at nightclubs, where they also played techno. So I started to book DJs who played techno-electro. I remember the first time I heard music I did not recognize that was faster than hip-hop. After I while, I found out it was breakbeat – I loved it.

DJ Times: Do you find that there is more pressure and stress while playing at a large festival?
Seregina: No, the opposite of that. Because at a small club, if you do something wrong or you don’t connect with the people, they can leave. At the big festival, you have the whole concept – the lights, the sound system… it is easier there.

DJ Times: Who are a few of your favorite artists right now?
Seregina: Well, since I have a radio show, I am constantly listening to new artists. I’ll spend about six hours listening to new music. Recently, I am getting more into jungle and drum-n-bass. I really like techno and breaks. I am mixing a lot of beautiful musical tunes right now, like from Black Butter Records – I love it. Concerning breakbeat, I listen to a lot because I need to know what is going on.

DJ Times: Is Punks by the Stanton Warriors one of the labels you follow?
Seregina: Yes. I like Mark [Yardley of the Stanton Warriors] – he’s an amazing producer. It’s about the production. I love what he and Dominic [Butler] are doing. They are moving forward, evolving. That’s very important to me.

DJ Times: Any other artists?
Seregina: I also love WestBam – he’s so different and does breaks and lot of different music in general. That is what I love. And Colombo from Spain. He has a special sound that is difficult to mix in. I try to mix it into my track and I’m like, “Whoa! What happened?” He is starting to make some techno/house music now. It’s cool because as a producer, his music moves on.

DJ Times: Let’s get into the gear you use and its evolution.
Seregina: When the record labels stopped releasing vinyl, I had been doing dubplates for a long time. I was living in Berlin and released a track, “Minimal,” with Hardy Hard and Afrika Islam that dissed all the laptop DJs. But after I while, I saw that the equipment was not right at breakbeat events – the needle was always jumping, always trouble. So then I went to CDs and switched my DJ style.

DJ Times: If you can’t beat ’em, join ’em…
Seregina: I had to, because the digital age changed the music so much. Before, you play tracks five or six minutes long. You can keep going, and pull in some sounds from one, then go back and then do a rewind… and now the tracks are a few minutes and just go bang, bang, bang!

DJ Times: What changed for you?
Seregina: For me, I am now always mixing because I don’t want to just stand behind the decks. But the problem with the digital age and breakbeat is that there are too many mashup bootleg edits. Music is not really produced by people sometimes. The “producer” just takes someone’s track and speeds it up—then they call it their own.

DJ Times: You use Pioneer’s DJM/CDJ combo for DJing. Why? What else do you use?
Seregina: I do like this digital age because it’s so easy to make and cut up tracks. It is so easy to make an edit, you just drop it on a memory stick and I can cut it up. As far as production, I make music in Ableton. There was a time when I was working in the studio with Hardy Hard and working with Logic, a much more complicated program. I just pushed buttons and taught myself. Now I can just go online and look at instructional videos with Ableton.

DJ Times: What’s the gear you cannot live without?
Seregina: I love everything coming from UAD. It has just such a great character. Then there is obviously Ableton—couldn’t live without it. It helps me to get ideas down when I’m traveling and makes working in different studios super easy. There is also an old modular synth that is amazing if you don’t have any ideas. You just plug cables in places where they don’t belong and suddenly there is a sound that sparks the idea for a whole track.

DJ Times: Did you have a teacher/mentor take you to the next level?
Seregina: Yes, there are three. First one is WestBam. He’s a techno-electro DJ/producer from Berlin. I met him in Germany and that’s how I got into the studio. Then, there’s Hardy Hard, whom I met in Siberia. We made a lot of tracks. Hardy Hard taught me a lot. After I switched to Ableton, I really was impressed with Marten Hørger. When I am trying to learn something, he gives me answers. 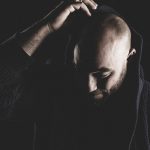 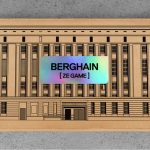 Get into Berghain from Your Living Room with ‘Berghain: Ze Game’