Mixtapes and DJs go together like peanut butter and jelly. The mixtape is a DJ’s calling card, a DJ’s sonic resume. Personally, I come from a point in time where you actually used tape to create one.

But when it comes to copyright (the ownership of the piece of music) and fair use (the legality of the DJ to use said piece of music in a mix and post it) — that’s not peanut butter and jelly.

Let’s fast-forward to our current state of affairs: SoundCloud, Mixcloud, Facebook, Facebook Live. All are great vehicles that allow DJs to share their talents and tastes with the world. However, there is conflict in the air. The waters are churning. There is strife between the DJ world and the digital world. The same vehicle(s) that have allowed DJs to share their visions and skills with the world is clamping down on the sharing and showcasing of those skills.

This piece is an attempt to explain why this “backlash” is occurring. Allow me to also state that I am not a lawyer (nor do I play one on TV). I did have my “facts” checked by a lawyer (who is a DJ, producer, and copyright holder) who specializes in copyright law and IP. None of what I am putting forth is to be taken as legal advice. I am merely trying to explain in “simple” terms to DJs why mix tapes and the streaming of those mixes are being removed.

While there is a ton of information out there, this article is an attempt to consolidate the information and put it through the lens of our DJ world.

DJs need to realize that the music they mix, play, use, and purchase is not their music. It doesn’t matter if the music is given to you, serviced to you, or acquired by you…. it’s not your music. All you’ve done is acquired the physical medium to play the music at your leisure and you have the license to do just that, play the music for your personal listening.

“DJs need to realize that the music they mix, play, use, and purchase is not their music.”

It’s simple to draw the conclusion that because you own or purchased a song you’re allowed to play it publicly in a DJ set. Well, according to U.S. copyright law, this is incorrect. There are several types of rights copyright owners obtain under the law for musical works, all of which are exclusive, including:

Also, keep in mind, for the recorded music that we all know, use, and love, there are actually two copyrights associated with a piece of recorded musical work/song:

Here’s more of a detailed, but brief explanation of the different rights copyright owners get for their musical works:

The exclusive right of the copyright owner, granted by the U.S. Copyright Law, to publicly perform a copyrighted work. For musical works, BMI, ASCAP, SESAC (performance rights organizations — i.e. PRO) issues licenses on behalf of copyright owners affiliated with their organizations granting others the right to perform the work in, or transmit the work to, the public.

The exclusive right of the copyright owner, granted by the Copyright Act, to authorize the reproduction of a musical work as in a record, cassette or CD. For musical works, the Harry Fox Agency, Inc., issues what are known as “mechanical” licenses on behalf of copyright owners granting others (usually a record company) the right to reproduce and distribute a specific composition at an agreed upon fee per unit manufactured and sold.

The exclusive right of a copyright owner to make other works that utilize major parts or components of his or her work. Think remixes, mashups or videos. For example, when a producer wants to incorporate someone’s copyrighted musical work into a visual work like a movie, the producer needs to obtain a synchronization license to synchronize the musical composition in timed relation with audio-visual images on film or videotape.

Sound Exchange along with Record Companies license the exclusive rights on behalf of copyright owners in a sound recording (which is separate from the copyright in the underlying musical works that BMI, ASCAP, SESAC represents) under U.S. Copyright Law to authorize many digital transmissions (e.g., Internet streaming).

There are two types of licenses for digital streaming of a sound recording:

With these explanations in hand, we can move forward and explain why DJs aren’t “allowed” to post, stream, or share their mixes. The simple answer/reason is: DJs don’t have the license to share, post, broadcast, or stream the music comprised in the DJ mix they created.

When a DJ spins at a nightclub/venue, it’s incumbent on the venue to make sure they have a license for public performance. This license, in the United States, is acquired from the PROs. When the venue has the public-performance license, it means that DJs can play recorded music registered with the PRO, KJs are able to perform, background music is allowed, and bands can cover songs.

Streaming services do not have a clear relationship with PROs. When a DJ creates a live stream and starts broadcasting music to the Internet, the DJ has become a radio station. As such, the DJ needs to have the appropriate licenses. Therefore, no licenses, no stream.

Furthermore, when DJs see their prom or wedding videos being pulled down by Facebook/YouTube, the reason is pretty much the same: the person posting the video doesn’t have the licenses to allow for the posting of the music contained with the posted video. And you also have to keep in mind that you will need an additional synchronization license to cover the video medium.

Unfortunately, this is where we, as DJs, find ourselves — in the crossroad of the DJ’s artistic expression vs. the rights of the copyright holder. It’s apparent that copyright laws are falling behind. (Editor’s Note: Please see the July 2016 issue of DJ Times for a pair of unique perspectives on that topic.) DJ sets are not a protected form of free speech. DJ sets don’t generally fall under “fair use.” As such, copyright takedowns happen.

Now, let’s get to Fair Use:

The 4 Factors of Fair Use

Let’s begin by stating first and outright: There is no definitive answer on whether a particular use is considered fair use. The only way to have a “clear” answer is to have it resolved in federal court. There are four factors used to resolve fair-use disputes. It’s important to understand that these factors are only guidelines. The courts are free to adapt to particular situations on a case by case basis. In other words, a judge has a great deal of freedom when making a fair-use determination, so the outcome in any given case can be hard to predict.

The drafters of the Copyright Act created four factors to determine Fair Use:

What If You Acknowledge the Source Material?

It is commonly believed that the unauthorized use of a work (or portion of it) is permitted if an acknowledgment is made.

This is not true. Acknowledgment of the source material may be a consideration in a fair-use determination, but it will not protect against a claim of infringement.

Does It Help to Use a Disclaimer?

A disclaimer is a statement that “disassociates” your work from the work that you have borrowed.

However, generally a disclaimer by itself will not help. That is, if the fair-use factors weigh against you, the disclaimer won’t make any difference. Despite a disclaimer, material and original works used can be an infringement, ergo, not a fair use.

So for us DJs, this means Fair Use cannot be applied to DJ mixes.

An important distinction to be made between DJ mixtapes and retail compilations of pop music is that the retail compilations obtain permissions for the use of copyrighted songs contained in the mix, while the DJ usually does not. As a result, mixtapes, such as those produced and sold by club DJs, are illegal. Most mixtape enthusiasts assume that private mixtapes are a form of fair use, but this is not the case whatsoever.

As of this writing and from what I could find, Facebook Live does not have any streaming audio licenses with PROs. As DJs have discovered, Facebook, SoundCloud, etc., have programs that search the uploads to determine if any music with a copyright has been uploaded. If so, the “offending” file is removed.

If a label/artist holding the rights to a song somehow discovers you using their songs in a stream, and really wanted to take legal action against you, they would have sufficient grounds to start a case.

While the copyright law may be interpreted in grey terms, SoundCloud’s terms are clear: Uploading copyrighted material is not permitted. In the beginning, SoundCloud was a haven for DJs’ creativity — hosting mixes, remixes, bootlegs, entire mix shows. As SoundCloud has grown, it found itself needing to assuage the copyright owners that keep seeing their property posted up on its site. The end result has been SoundCloud taking down questionable material at the request of the copyright holder.

So what are DJs to do?

Here are some sentiments regarding how DJs feel (no names are used, these are all real posts….):

“We as DJs promote the music through our mixes for the artist on live mixes.”

“….why should we be punished?”

“DJs have been an important cog in the wheel of music since the invention of radio and then the turntables. We showcase the works of artists so that people can go and buy their music. Without us, much music would go unheard. This is about greed, nothing else. Artists should be grateful that their music is being showcased as many other outlets on the internet tend NOT to showcase some genres and acts and only focus on the famous and hyped.”

“Without us playing their music they would be nothing!”

Well, let me state that what I’m about to say, isn’t going to be popular or garner me new fans…

The law is being followed.

As a DJ, while I agree with the above sentiment (most of it, not all of it), it comes down to the facts within the world we live — SoundCloud, Facebook and the other hosting services aren’t the bad guys in this story. The Copyright Act is the law of the land. These “hosting” companies are limiting their liability and exposure.

The facts are, as the Copyright Act is currently applied, the DJ’s ability to stream and share mixtapes is severely limited if you want to operate within the legal confines of the law.

It’s a brave new world out there — at least, now you know why your mix is getting yanked down.

Tony Fernandez is a longtime DJ from Richmond, Va., and a recent presenter at DJ Expo. 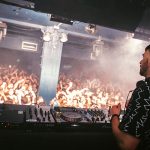 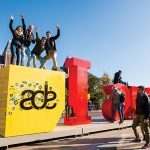