Last August, Mark Haggerty had a groom from hell.

“What made him a Groomzilla is that he wanted all the lights, effects and choreography we had available, but he wasn’t keen on paying for it—at least not at first,” says Haggerty, a DJ with Denon & Doyle Entertainment in Pacheco, Calif. “We’d tell him, ‘Well, cut the gobo and one of the TVs and you’ll be in budget.’

“Then there were so many ‘extra events’ at his wedding that the coordinator had told him she didn’t think there would be time for everything.”

Jay Frieze of Signature Sounds in Bristol, R.I., says that, although he absolutely tries to steer clear of these Groomzillas, sometimes one will slip through the cracks.

“I honestly interview my clients as much as they interview me, and I try to steer clear of them,” says Frieze. “I’m not a typical wedding DJ, so they need to see my style and vision. Although I did once have a bride who gave me her entire cocktail playlist—in order, and with specific times.”

Fortunately for Jerry Bazata in Ogunquit, Maine, he’s rarely had couples the past several years who fall into the “zilla” category.

“In general, though, I’ve found that grooms and brides who try and negotiate a deal with you tend to take up the greatest amount of your time with regards to planning as compared to those who pay you standard rates,” says the owner of DJ Jaz Music & Entertainment.

We asked mobile DJs from throughout the country about the men who’ve been drama “queens” when it came to details about their reception. How did the DJ respond, and how did the groom react? Was the entertainer able to convince the high-maintenance groom that the DJ knew best, and maybe turn lemons into lemonade?

For Haggerty in the San Francisco Bay Area, he said he first figured he might be in trouble when the groom at his Napa Valley wedding reception—in front of his groomsmen—told him, “Wow, you look much older than your online picture.”

Says Haggerty, “This guy had two grand entrances timed with a video we displayed on the two 60-inch TVs we supplied. The first song was what you’d expect, with a song for each couple, and the second one was when the bride returned after changing into her traditional Chinese dress. They then followed each entrance with yet another bride-and-groom dance.

“I guess the most frustrating part was he would not listen to the advice of other professionals. Heck, it was his wedding and I wanted to accommodate his wishes, but he wouldn’t budge in the pre-planning. He did allow some adjustment during the wedding, but, of course, they all do that.”

Other than the introductions, Haggerty said even his load-in at this Napa Valley reception was not planned well. “The wedding reception was in a wine cave, with the ceremony held up on a hill where you must drive up to get equipment up to the middle of a vineyard,” he says. “I had an assistant, but it was still a lot of work to coordinate with the venue as to when they’d allow access.

“Then, when we showed up with two sound systems, eight speakers, two TVs with stands, 40 uplights, eight gobo washes, a monogram gobo, roto heads, truss lighting with four Martin intels and tons of cable, the venue seemed surprised that we were loading in so much gear, while they were still setting up tables.”

“Aside from the logistics and gear, now let’s talk music,” he recalls. “He picked all the music to include his one-dimensional list of dinner music—two hours between about six artists. And it was very monotonous. I mean, I love The Beatles, but after eight or 10 songs, it may get boring, then to follow with four U2, four Simon & Garfunkel, the Beach Boys, The Four Seasons and one Oasis song… I bet most DJs can guess which song that was.

“He also gave me some pretty lame must-plays for dance music, and gave me a little musical freedom to read the crowd. Although, with all the extra events, there wasn’t much time left for open dancing. There were lots of older folks attending, so normally I would play a wide variety for a crowd like this.”

In spite of all those challenges, of course, Haggerty says he would never allow any event to merely “crash and burn,” no matter what happens.

“What I’ve noticed about all couples is that, once the event is underway and ceremony’s over, they tend to relax a bit,” he explains. “And as long as everyone is having a good time and I’m not completely ignoring his list, they’re OK with my song choices to keep the party moving.

“I barely speak to a groom during the reception. I just check in with him from time to time. I’m most likely to have a Goodzilla when the groom is put in charge of music. Just make him aware that the music should reflect those who are attending his wedding.

“If he’s not a dancer, then he needs to think about what his dancing friends and family would like.”

Over in the Midwest, K.C KoKoruz in Chicago says he’s had plenty of clients wherein the groom started out being a challenge, but for his company it’s never turned into a big issue.

“My experience with challenging clients typically comes from them having had a bad experience at an event as a guest, where they have watched a DJ completely screw something up, act obnoxious on the microphone, or butcher the introductions, or have poor sound quality, etc.,” says KoKoruz of The Keith Christopher Entertainment Group.

“I’ve had mitzvah moms call, panicked, because their child was at a party where the dancers were mean, or where the DJ didn’t get the kids involved, or there weren’t enough giveaways.”

KoKoruz says he believes that most DJs are average, at best. “Very few have taken any type of formal training in improv, acting, microphone technique, music, mixing or have attended any national trade shows like the DJ Expo to get any better at what they do.

“Based on the fact that they’ve only had on-the-job training, at the end of the night they get hugged and tipped by the client, so they assume they rocked. However, the reality is that if you watched them on video, you’d pick them apart.”

Whenever anyone at an event is planning a future party for themselves, says KoKoruz, they go from being a guest to becoming a judge—and start to notice a ton of little things that they don’t want their DJ to do.

“This is all OK,” he says. “When you sit down with a bride or groom, you need to understand that, since you haven’t even done their event yet, they aren’t upset with you—they’re merely concerned that a mistake they’ve witnessed at another event will happen at their event.

“My advice is to simply address the issue head-on and not get offended—even if you were the DJ at an event that they didn’t care for. Some people like chocolate cake and some like vanilla. Your job is to bake them the cake that they want for themselves.

“Listen with the intent to hear and then help create an amazing party for them and their guests to enjoy.”

Back over on the East Coast, Adam Weitz is the CEO of A Sharp Production in Huntingdon Valley, Pa. He says there are always husbands who appear to be the traditional female in the family, while the wife can be the ‘man’ in the relationship.

“Of course, that’s not based on income or their abilities to be the mother or father children, but simply by their interests,” says Weitz. “She might be involved more with banks, while he could be a very successful designer, so being right-brained as a designer might allow him to understand color geometric shapes, fashion and music.”

Weitz says all that begs the question: How do you communicate with a Groomzilla?

“The answer is that it’s much easier than it would be for a Bridezilla, because guys still like to have their guy friends, and as an entertainer—male or female—you can take them out for a cocktail or a beer find out what makes them tick—talk about music, talk about lighting, and talk about design and interests.

“And the best part about it is that grooms are more prone to giving us absolutes, whereas with a female nature you have to work with them more diligently to get their answers.

“Men, on the other hand, can be very black-and-white when it comes to the perception of what they want.”

Weitz laughs when he describes the differences between a Bridezilla and a Groomzilla.

“It’s like when a Bridezilla gets aggravated, she’s more prone to screaming and stomping up and down and being pissed off until she gets you to react. And when you react and ask what is it that you want, their reply statistically is ‘I’m still not sure,’ and you have to work with them to get the answer.

“A Groomzilla, on the other hand, is different because he’ll threaten you by canceling services and saying you’ll be removed from this part of the responsibility if you don’t take action.

“When questioned about what action you want us to take, he’ll tell you exactly what he wants, and your response should be to not only do what he wants, but to then do it clean and accurate—and in a more than reasonable amount of time to achieve his expectations.” 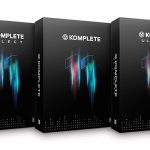 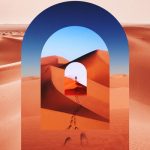