Christian Karlsson and Linus Eklöw may not be household names, but if you’ve been anywhere near the main stage of an EDM festival in the past four years, chances are good that one of their undeniable earworms has caught your attention.

Whether the tune came straight from the Swedish duo’s own live performance or it was blaring from another superstar DJ’s set, Galantis music has become as enmeshed in the culture as Kandi Cuffs, glowsticks, or even the group’s own Seafox mascot.

But their success in this realm is no accident because, even if the names Eklöw and Karlsson may not seem so familiar at first glance, they’ve been belles of the ball on radio and at clubs all the way back to the early 2000s.

Karlsson first made waves in the pop world in the early 2000s via his productions with fellow Swede Pontus Winnberg under the moniker Bloodshy & Avant. The pair’s list of productions reads like a who’s who of pop royalty, including Madonna, Sky Ferreira, Kylie Minogue, and Britney Spears (with whom they won a Grammy Award in the Best Dance Recording category for 2003’s “Toxic”). Leaving no musical stone unturned, he and Winnberg also comprise two-thirds of the popular alt-band Miike Snow, which includes vocalist Andrew Wyatt.

On the other hand, Eklöw (aka Style of Eye) had been a clubland staple for a decade courtesy of squelching tech-house staples like “Girls” and “Puss.” That being said, most came to know him thanks to his work on the bombastic, inescapable 2012 smash “I Love It” by Icona Pop feat. Charli XCX, becoming a bona fide production superstar in the span of just a few months.

Considering their body of work, one that most artists would only dream of achieving in a lifetime, it’s astounding how much the boys have managed to accomplish since forming Galantis in 2013. Their debut, “Smile,” proved to be a cataclysmic, paradigm-shifting single would come to define the group’s signature blend pop sensibility with stadium-sized progressive-house beats.

After embracing their half-fox, half-jellyfish Seafox mascot, the success and hits quickly cascaded from there, with the release of follow-up single “You” and an accompanying eponymous EP coming in short order, both of which proved to be even larger smashes than “Smile.” The Galantis live show was finally debuted at Coachella 2014, solidifying the group as one of the hottest acts both in and out of the dance-music sphere.

With the momentum of two years of skyrocketing to the top of the pack behind them, the boys unleashed their first full-length effort Pharmacy in 2015, with singles “Runaway (U & I)” tearing up the festival circuit, while “Peanut Butter Jelly” took boogying glitter-tinged disco stylings to radio waves across the world.

Now, the boys stand on the verge of a new phase in their careers. With the pressure of the pair’s debut LP out of the way and a fanbase established, they seem intent on pushing the Galantis project further creatively, while maintaining the unique magic that’s differentiated them from the seas of DJs hitting play.

This outlook has manifested itself by seeing the duo keeping the hyper-melodic Galantis approach to songwriting intact, while taking things in a lighter emotional direction with 2016 releases “Love On Me” and “No Money,” as well as their latest single “Rich Boy.”

We caught up with Eklöw, 37, and Karlsson, 40, via telephone ahead of their returns to Coachella, Ultra Music Festival and several other mainstages in 2017, a time that might become known as “Year of the Seafox.”

DJ Times: How did you two first get acquainted?
Christian Karlsson: We were in the same circles in Sweden, but we didn’t know each other. I was a big fan of Style of Eye and, at the moment, I was just starting my new project Miike Snow. I reached out to Linus to see if he was up for remixing the first single “Animal” from the Miike Snow album. He was, and somewhere [in that] we met in the studio and we felt that we have the same creative flow, high-energy vibe in the studio. I think the birth of Galantis was right there even though it took a while before we continued exploring that and collaborating. We knew from then that we were going to work together.

DJ Times: The Swedish EDM scene obviously seems a bit close-knit. Is it as small as it seems like it is?
Karlsson: We don’t have much to compare it to. There’s a few areas in Stockholm. [There are] so many studios in one area; it’s ridiculous and it’s really cool. Everyone is friends, and if you’re not, you pretty much know each other. As you know, the dance scene has so many big acts [from Sweden]. We keep on meeting each other on tour and at festivals, so there’s a thing. Normally, you get really surprised if there’s someone along the line that you haven’t met before.

DJ Times: Music seems to be a high-quality export of Sweden. Why does so much talent come from there? Is it the weather that forces you to stay in the studio?
Karlsson: That is the No. 1 question we get from us being Swedish and in music since we’ve started in the industry. I don’t think there’s a real straight answer to that, but I do believe that the weather has something [to do with it]. When it’s so cold and dark, you tend to be inside. It’s not only music: video gaming or shit like that is huge. For me and Linus, we both grew up being in rehearsal spaces and playing guitar or drums. It was a place you went to every day after school. Music and trying to be creative was an outlet when it was cold and dark.

DJ Times: The Galantis project started with you two doing a collaborating with A-Trak, as well as releasing a single “Raveheart” that ended up sounding nothing like what your sound is today. How did “Smile” come to be and how did it set the base for what you’re doing?
Karlsson: We were exploring. At the time, we were loving the scene, and there was so much cool shit coming out. We were starting to explore different possibilities – beats and whatever. We instantly found there’s so much good in that vein [of beat-driven EDM] already, so let’s use everything in our toolbox. We’ve been writing songs for very long, so let’s keep one foot right here with the beats for dancefloor and one foot out of it where we can be open-minded and thinking back to more classic songwriting. The start of a song was always a piano or guitar with no beats because we felt like we already knew how to do those, so let’s focus on the songwriting first. “Smile” became the first one.

DJ Times: Is the way you start a song in the studio the same now as it was back then?
Karlsson: It might be more in pieces now. Before you have a band or project rolling, you’re only in the studio. You can be like, “We’re just going to focus on this song every day when we’re in the studio.” That changes. Now we’re always on tour, so everything happens more in pieces. There are all these puzzle pieces, and you try to go back and listen through to see what the strongest parts are and then build from there. It’s a little bit more split up now. We’ve also been off tour for a little bit [recently], so we’ve been in the studio, which is something we’d been missing. 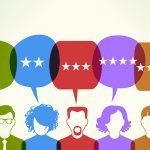