Back in 2014, I took a look at what was then the new UR44 audio interface from Yamaha’s Steinberg. I was impressed enough with it to purchase one for my home studio. So when the opportunity arose to take a peek at the company’s new UR22mkII Recording Pack, I couldn’t pass it up.

The UR22mkII Recording Pack continues Steinberg’s pattern of offering a full range of music-related software and hardware products, cross-leveraging both in what I’m sure is an effort to expand market share and customer loyalty.

At the core of the Recording Pack is the UR22mkII audio interface — also available separately — and which itself is relatively new to market. The UR22mkII is an iteration on the previous UR22, and outwardly, the two units look nearly identical. Same inputs and outputs, same connectors, same knobs, same everything… almost. The crucial, single difference is on the back panel, and I’ll cover that in a moment.

What the Recording Pack adds to the UR22mkII audio interface package alone is pretty much everything you’d need for recording, including a studio condenser microphone (including a mic stand bracket and XLR cable), a pair of studio monitor headphones, and even an extra software goodie, Steinberg’s WaveLab LE, a bundled version of their WaveLab audio editing software. (This is in addition to Cubase AI for the desktop, and Cubasis LE for iPad.) So let’s dig into the box and take a closer look.

The Basics: On the front of the UR22mkII, you’ll find dual Neutrik input sockets, providing both ¼-inch and XLR support, along with a gain knob for both. There are knobs for mix, phones and output, along with a ¼-inch headphone socket. There’s also a switch to toggle the No. 2 input to Hi-Z mode. On the back side, there are 5-pin DIN MIDI in/out connectors, and dual ¼-inch line outs. You’ll also find a phantom power switch there as well.

This is also where you’ll find the one change from the older UR22 to the new UR22mkII. On that panel, in addition to the standard USB 2.0 “B” socket, Steinberg has added a micro-USB socket as well. Audio connectivity is solely through the USB “B” socket; the micro-USB socket is provided as a convenient means of providing external power to the UR22mkII, primarily for situations where the device is used with an iPad. (More on that later.)

Why micro-USB for external power? That’s easy — it’s ubiquitous. A standard micro-USB cable, and virtually any standard USB power adapter (like the one you might use for your iPhone or iPad) can power the unit. You can even use a USB battery when AC power is not available, making the UR22mkII and an iPad a perfect mobile field recording set-up.

The included ST-M01 condenser mic outwardly seemed to be pretty decent, with a nice build quality and sturdy feel. The ST-H01 headphones, on the other hand, seemed very lightweight, and to be candid, struck me initially as pretty “budget” grade, which they probably are. However, both surprised me in the studio, so this is probably a good jump point to see how everything performed.

Operation: Testing the UR22mkII on the desktop was a pretty simple affair for me, since I use Steinberg’s UR44 already… Basically, unplug the UR44, and plug in the UR22mkII. (They use the same driver.) New users will find the process straightforward; you can easily download the latest software from Steinberg’s web site, along with digital (PDF) owner’s manuals, and more.

I attached the ST-M01 mic to a stand using the supplied bracket, and connected the included XLR cable to the mic, and the UR22mkII. Next, I plugged-in the ST-H01 headphones, and proceeded to fire up my usual DAW. (I chose not to install Steinberg’s Cubase AI for this review, since I already have the full Cubase 9 software installed. More on that in the sidebar that accompanies this review.)

I’d been working on a project recently where I’d been recording my own vocals, so it seemed a good foundation on which to see how everything performed. After configuring the DAW for the different number and configuration of inputs and outputs vs. my usual UR44, I armed a new track, and set about laying down a couple of vocal takes. Everything worked as expected.

The ST-H01 headphones surprised me at this point with their sound quality, and their comfort. The closed-back design helps suppress monitor bleed into the vocal, and they did an admirable job in reproducing all the music tracks for the project that at that point I was painfully familiar with — and familiar with how they should sound. While I still question the build quality and potential long-term durability, these headphones did prove themselves capable and appropriate for the job.

As for the ST-M01 mic, comparing the vocal takes to previous takes recorded with my usual condenser, I found that the mic had a lower noise level than my usual microphone. Reproduction was crisp and clean, and the frequency characteristics were very much in line with the mic I regularly use. If I’m being honest, I think I preferred the character of the ST-M01 slightly more than my old stand-by, but regardless, it was a decent mic, and again, it strikes me as capable and appropriate for the intended audience.

As for the UR22mkII itself, well, what can I say? I’m as impressed with it as the UR44 I decided to buy for my regular use back in 2014. As suggested earlier, it’s a 2×2 interface, which will limit its appeal to those with pretty basic needs, but will still cover a wide range of situations and production types. The dual “D-PRE” mic preamps from Yamaha do an admirable job, and the ability to support up to 24-bit, 192 kHz audio will satisfy even audio purists.

Finally, I tested the UR22mkII on my iPad Pro, using the iOS standard GarageBand app (rather than the Cubasis LE app, which is free in the Apple App Store, and works with select audio interfaces, including the UR22mkII). For iPad, external power is required (see my notes above), so I grabbed a micro-USB cable and an inexpensive power adapter for that job. The other USB connection goes to the iPad — through an Apple Lightning to USB Camera Adapter, which you’ll need to purchase from an Apple Store or other Apple retailer. There are two versions of that adapter now available; one provides only a USB connector, and the other — called the “Lightning to USB 3 Camera Adapter” — provides both USB, and a Lightning socket. I chose that one, because it allows you to power the iPad itself while the USB connector is in use to connect, in this case, the UR22mkII. (Yes, the adapter is intended for cameras, but in point of fact, the USB socket provided can be used for many purposes with compatible hardware — including the UR22mkII to provide audio I/O for the iPad.)

Once I fired up GarageBand and tried to record something, all heck broke loose. The audio playback sounded horrible. I investigated everything I could think of for nearly half an hour, then finally resorted to Google, which with little effort revealed the issue: Firmware issues in the UR22mkII with iOS 10 devices. One quick download and a firmware update (via my desktop computer) later, it performed quite well with the iPad Pro and GarageBand, and I can easily see the value in having a decent interface for users on iPads and using GarageBand, or Steinberg’s own Cubasis LE, to get the job done. Cool stuff.

Conclusions: Steinberg’s UR22mkII audio interface has a street price of just under $150, making it a pretty solid value for many home-studio users, including EDM producers and DJs, in my view. But for users who are just starting out, and have a need to do vocal recording or field recording, and want a kit that has everything they need, the UR22mkII Recording Pack might be just the ticket. The extra goodies in the Recording Pack add just $100 to the total— making it just under $250 street price — and that slight extra spend gets you a nice quality condenser mic and a pair of nice-sounding headphones along with everything else. That’s a pretty stellar value for home studio users of all stripes to get themselves kitted-out with all the hardware and software one needs. 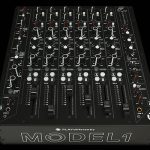 MODEL 1: How to PLAY differently 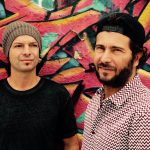