In my estimation, the DJ world has three levels of gear.

For starters, we have the day-to-day pieces that are generally affordable and are designed and marketed to any number of working DJs. The second group I consider professional-level, and those units are installed in larger clubs and built to withstand the rigors of touring DJs.

Finally, there are the aspirational products which are unique to a set of DJs and performers (think Allen & Heath’s XONE: V6 mixer) – pieces that are very expensive and have elements that cater to specific styles and work modes and performers pushing the bounds and blurring the lines between DJ and live PA. Way at the head of this list is the one and only Richie Hawtin, so it’s no surprise that the PLAYdifferently MODEL 1 mixer is his baby.

The culmination of years of R&D, MODEL 1 is the long-awaited collaboration between Hawtin and Andy Rigby-Jones, the former lead designer for Allen & Heath. And this marriage between creative performer and audio snob—and I mean that in the best possible way—has resulted in a truly singular achievement. Part DJ mixer, part studio mixer, the MODEL 1 is a remarkable piece of gear, one that has reconsidered key parts of the current DJ-mixer paradigm.

One feature I loved (and can attest to its working very well) is the three phono inputs with enhanced preamps that present vinyl with much more clarity and power – allowing you to mix from vinyl to digital and back without having to do much gain adjustment. Very cool.

“Part DJ mixer, part studio mixer, the MODEL 1 is a
remarkable piece of gear, one that has reconsidered key parts of the current DJ-mixer paradigm.”

You will also find a simple, yet long overdue concept of a dual headphone-cue system, so two performers can work independently on the same board – or the next DJ can begin his cue process without interfering with the end of the current DJ’s set.

For manipulating your sound, you find analog tools per channel including Hybrid Filter EQ and Input Overdrive control, Master Resonant Filter (with both HPF and LPF controls), and a ton of ways to manipulate your sound. It is clear this mixer was designed by a performance DJ, as even with the myriad controls on offer, each has enough space to allow you to dig in and get down to twisting and tweaking each knob.

The sound is warm and thick and analog, with a ton of depth, so it probably goes without saying, but I’ll say it: This is a very well-designed and well-built mixer. The complexity of this instrument leaves me wary of using the term “intuitive,” but after a few hours on the MODEL 1, I experienced some remarkable results and was continually making mental notes of my favorite ways to influence elements in my music.
The only real “issue” is not a fault of the unit, but a fault of the environment. And much like driving a Ferrari in midtown Manhattan, most of what makes this mixer special will be lost on all, but the upper-tier, one-percent of DJs. First off, the price (approximately $2,700 including international shipping via playdifferently.org) makes it cost prohibitive to most jocks. After playing with it, I can honestly say it is not overpriced in terms of bang for the buck. But 2,550 GBP is still lot of dosh for most DJs to afford.

The second Catch 22, in a sense, is that the mixer only shines after you understand the capabilities and what each knob and button does. For big-name, touring DJs, this isn’t such an issue, as they will have their MODEL 1 for study and practice on the road. But in a setting where you arrive to play a two-hour set in a dark nightclub and then and pass off to the next DJ, I can see lots of mistakes and underutilization of the features of the MODEL 1.

At the end of the day, however, I must say that I loved PLAYdifferently’s MODEL 1. It is a beautiful-looking, beautiful-sounding mixer that is fun aesthetically and amazing acoustically. My music never sounded so good, and I when I had to box it up, I was sad to see it go. Quality for sure.

If you have any questions for Sounding Off, please send them to djtimes@testa.com. 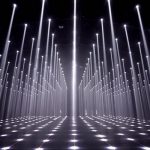 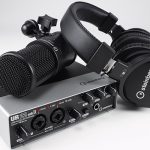