San Diego—Jason Tokita is one those guys who wants to inhale life. That’s why he’s a touring nightclub DJ who also juggles a multi-op, mobile-entertainment company in two different cities. Additionally, he’s making a name for himself as a recording artist.

From a young age, it was clear to see where Tokita would be going: His mom was a professional lounge singer and toured across the United States with her band. So you can say that the exposure to the backstage lifestyle started early.

Wasn’t strange at all that he’d be singing Michael Jackson tunes as a child, learning his every dance move with his dad’s Aviator hand-me-downs and Mom’s homemade sequined glove that never came off.

But the obsession really didn’t begin until later. “It wasn’t until my teens,” he says, “when I discovered underground warehouse parties and electronic music.”

He bought his first pair of turntables at 17, messed around in his bedroom and for friends at house parties. But it wasn’t until his college years when he got a real taste of “DJ life.”

That’s when he got one of his first gigs—on MTV. Let him explain: “I sent out a bunch of demos to my favorite record labels at the time. Sadly, no one wanted to sign me—insert laughter. Months later, I received an email from the casting director from MTV Canada who somehow managed to get a hold of my mix tape. I thought it was a scam, so I deleted the email and never responded. The following week the casting director called me direct and offered to fly me up to Vancouver to perform for MTV Canada’s version of ‘Total Request Live’ as their set-break DJ. I was blown away and, of course, I agreed to the gig.”

Tokita still suspected it was some sort of joke until he actually stepped onto the plane and into the first-class cabin. “During that same time, I was gearing to launch my very first nightclub event in my local college town, so I asked a friend at the school newspaper to see if they’d be interested in a feature story in hopes they’d plug my event.”

Tokita says he got a lot more than a simple plug for his event—a front-page feature story, and he set the record for bar sales on his first night and had a line around the corner. “At that point,” he recalls, “I knew I had found my calling.”

After graduating from college, Tokita moved back home to San Diego and started playing a small weekly event with an old friend, Chad Fortin. “Fresh out of college, filling out job applications and researching career opportunities were beside me,” he says. “I just wanted to be a rock star.”

Who doesn’t? Fortunately, Tokita had a lot of friends supporting his shows—Fortin was already an established local DJ, so they were able to leverage opportunities because of who he was—and so they moved up the ranks in the underground scene quickly. A couple residencies gave them the opportunity to open and play alongside many the biggest DJs in the world at the time—talents like Paul Oakenfold, DJ Jazzy Jeff, DJ A.M., Kaskade, Marcus Schulz, Roger Sanchez, Eric Morillo and Doc Martin.

“Life was great,” he says. “We’d play records all day during the week and then rock the clubs from Thursday to Sunday, and do it all over again.”

That’s when two of their fans, who had met at one of their DJ events, got engaged and asked Tokita and Fortin to be the DJs for the wedding. “We thought she was joking,” says Tokita. “Mind you, we only played underground house music and techno at the time, but she didn’t care and plucked on our heartstrings until we caved.”

They did the gig, but didn’t revisit the idea of doing any more wedding gigs until the recession hit in 2008. “At the time, we had no idea what we got ourselves into and as we started researching wedding DJs, we found the horrors and stereotypes of ‘The Cheesy Wedding DJ.’ This was definitely the biggest challenge: How to play the cheesy stuff while trying to keep it classy.”

When asked what advice he would give to up and comers, Tokita emphasized relationship-building. “I was very fortunate to have a great mentor who taught me the value of relationships, but I do have some great advice to all of all jocks out there trying to build your business.”

* “Delete ‘The Chicken Dance’ from your music library. If you get asked to play it, say it’s against company policy and you cannot afford to tarnish your company reputation.”

* “Pick up the phone and call your prospects. Don’t rely on electronic mail, newsletters or social media. It’s hard to make someone feel good through e-mail.”

* “Deliver what you advertise and follow up after the event to collect feedback and hopefully a good review. Referrals will come hand over fist if you do this consistently.”

For years, Tokita promoted club shows at venues like Seattle’s Monkey Loft, bringing in underground favorites like Carl Craig. But these days, aside from his mobile operations, he’s been focused on opportunities as a recording artist. Billed as Tokita, he’s been making underground house and techno music for the past two years—his tracks can be found on Beatport and other EDM-download sites. “I am finally starting to release original music,” he says, “and this is helping me acquire gigs overseas, which is really where I’d like to be DJing full-time.”

Still, on the home front in the near future, he plans to expand his wedding brands into the Phoenix, Ariz., market, teaming up with his friends Dave and Drea Strickler of Desert House Productions, another pair of underground jocks-turned-mobile entertainers. 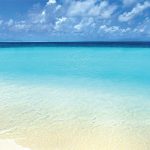 How One DJ Added a Big Upsell to His Service 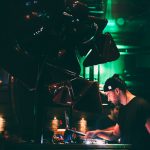