There is no denying Armin van Buuren has had one of the most illustrious careers one could have in the world of electronic dance music and this weekend he will adding to his already profound list of achievements. ‘The Best Of Armin Only’ is Armin’s biggest solo show to-date that will be taking over Amsterdam ArenA, May 12th and May 13th while fans from across the world will be able to tune in live via arminonly.tv.

For those who weren’t able to grab a ticket for the sold-out event, the Dutch icon has announced there will be a special three-hour live stream of the second show and can be viewed from all over the world (except the Netherlands). Viewers will be able to tune in at 3 PM EDT, 9 PM CEST, 10 PM EEST at arminonly.tv and while Dutch viewers who can’t view the stream can watch live on Dutch television station RTL 4. Armin van Buuren will also be releasing the official ‘The Best Of Armin Only’ album earlier that day. 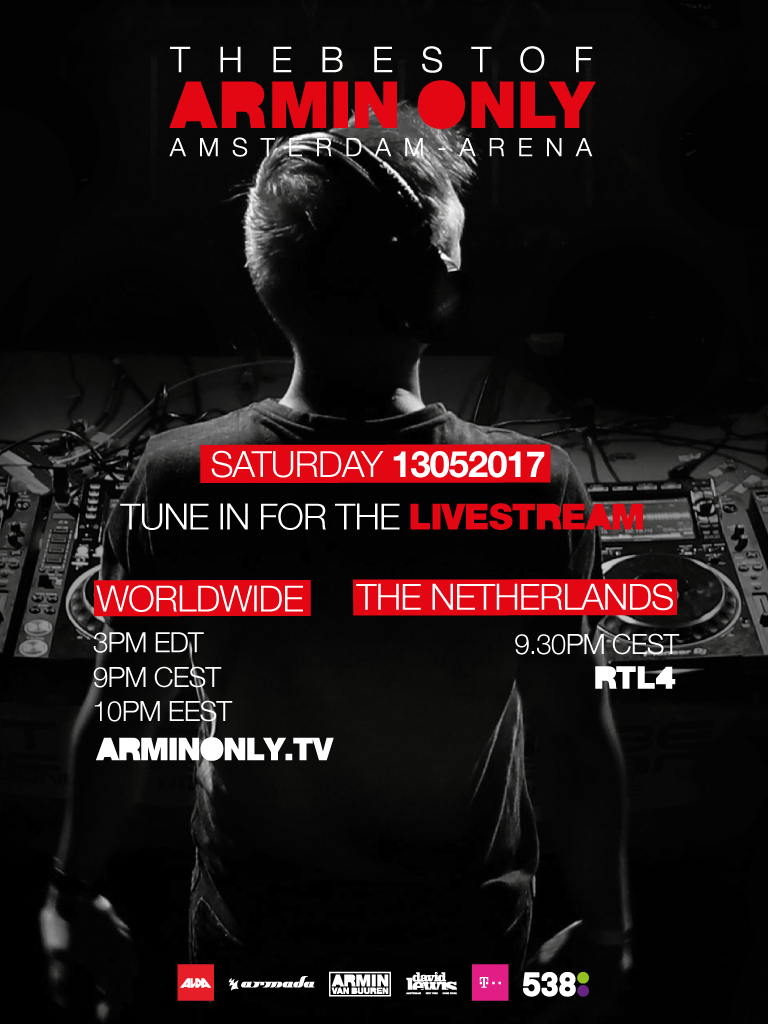