Editor’s Note: This is the first of a two-part review that takes a look at new additions to the Apple’s music ecosystem. In this entry, Wesley Bryant-King reviews the new MacBook Pro, and investigates whether desktop computers or laptops/notebooks are the better choice for studio computing.

The annual trek I make to Anaheim, Calif., with DJ Times editor Jim Tremayne for the Winter NAMM Show has in recent years taken on a predictable cadence: There are multiple halls filled with the latest in music gear from across the spectrum; there are multiple meetings with some of the biggest (and smallest) names in DJ and pro audio; and often I’ll return home with the promise of getting some new gear (for review) in the near future. This year, I returned with Apple’s new MacBook Pro installed with Logic Pro X software.

The timing couldn’t possibly have been better. My old studio computer was starting to get a little long in the tooth, and I was on the horns of the decision about whether to invest in a new MacBook Pro myself, or opt instead for a new iMac. This would give me a chance to try it hands-on for an extended trial. But I’ll come back to the “this-vs.-that” question in a bit.

The New MacBook Pro: It’s been several months now since Apple introduced the new update to the MacBook Pro (MBP in Apple-head speak), and it’s clear the company is proud of what they’ve come up with. Frankly, I’m suitably impressed as well.

What the company loaned for review was for all intents and purposes an off-the-shelf configuration for one of its latest 15-inch versions. Sporting the innovative Touch Bar (which replaces the standard function keys), Touch ID (as found on the company’s iPhones and iPads), a 2.7 GHz quad core Core i7 processor, 16 Gig of memory, a 1 TB SSD drive leveraging the latest ultra-high-performance NVMe technology, a stunningly gorgeous 2880×1800 Retina display with wide color gamut, and a Radeon Pro graphics subsystem — along with the company’s updated (and larger) touchpad — it is, putting it mildly, a really, really nice computer.

Apple’s reputation for producing high-performance, cutting-edge products is arguably well-deserved. Using the loaner MBP, I quickly fell in lust with it, and the primary reason is that it’s blazingly fast. Perceived (and actual) performance of a computer for studio use is a complex and not always clear combination of disk performance, memory capacity, and processor specs. I’ll leave the technical deep dive to the tech press, but I will say a few things about the MBP on this front.

First, let’s look at the SSD — solid state drive — that forms the storage subsystem of the machine; Apple is using cutting-edge memory and interface technologies that provide incredible read and write speeds, which will make itself apparent for loading and saving projects — but also in using sample-heavy synth plug-ins, and projects with lots of audio tracks. But this technology is not cheap; as tested, this MBP would set you back a whopping $3,200.

One potential drawback of the MBP is that its maximum memory configuration is 16 Gig. Whether or not this is a problem is probably a question of what sort of projects you work on. I’ve frequently run into memory constraints with certain relatively modest music projects in Ableton Live on my existing 8-Gig-capacity MacBook, so I still believe that 16 Gig seems too constrained a limit at a time when, relatively speaking, memory is cheap. That being said, I wasn’t able to throw anything at the eval MBP that it couldn’t handle.

One of the major changes in the new MacBook Pro is the switch to USB-C ports for all connections, including power. USB-C is the latest USB technology, which offers high-performance data transfer, and the flexibility to use the same plug configuration for all uses: power, external hard disks, and other peripherals (sound cards, Ethernet, keyboards, monitors, etc.). Apple is a bit ahead of the curve here; comparatively expensive USB-C adapters are required to connect legacy USB hardware, and not a whole lot of peripherals come in a USB-C configuration yet. Another difference is that Apple dispensed with its nifty MagSafe connector for power; using USB-C removed the MagSafe safety feature of the power cord easily popping off if you trip on a cord. Going USB-C means a return to potentially watching your expensive laptop go right off the tabletop if you have the occasional clown-foot problem around your power cord.

Finally, the Touch Bar interface of the new MBP has been the subject of some pretty blasé coverage in the broader press. Most reviews I’ve seen have expressed doubts about the utility and value of the approach. My reaction was completely different, and I’ll explain why in part two of this review.

All in all, the new MacBook Pro is a heck of a computer, with the latest technology, offering incredible performance across the board. I found it to be a great choice for studio work, but the high cost may hold a lot of potential users back from considering it seriously… which is a great segue to the next section.

Desktops vs. Laptops/Notebooks for Studio Use: As I said at the outset, my existing studio computer (an older MacBook Pro) was feeling a bit long in the tooth, and I’d already set about comparing options for upgrades. The choices, for me, were between a new MacBook Pro (as reviewed above), or a new iMac desktop computer.

Apple has certainly proven (to me, anyway) that a laptop configuration has plenty of power to do what’s needed in the studio. Much of the question of desktop vs. laptop/notebook comes down to how you use your computer, and your budget.

A few years back, I first decided to use a MacBook Pro — a 13-inch, mid-2012 model — as my studio machine. While it was limited to 8 Gig of RAM, I field-upgraded the hard disk from a conventional one to an SSD drive, and found it had decent performance for my needs. Indeed, it’s served me well for over four years. One of the main reasons I decided to use a MacBook for my studio is the flexibility to take the machine with me on the road to work on music projects whenever, wherever. I love that flexibility, even though I’ve not used it much; most of my music-making happens in the studio. Still, I wanted to retain that flexibility going forward if possible.

The main issue with that plan was that in my desired configuration (which included an upgrade to a 2 TB SSD) brought the price tag of a new MacBook Pro (like the one I reviewed) to $4,300. (Also, $1,200 of that price is an upgrade from the standard 512 Gig SSD to the 2 TB SSD.) Quite frankly, that’s a price point I just couldn’t swallow. But neither was I willing to compromise on the capabilities; if I’m spending that much money, I want to make sure that the specs are going to do what I need today — and provide some room to grow. All my music software, plus all my music projects, requires a lot of space already. Roll the clock forward a few years? That 2 TB will be essential, and considering that the storage capacity cannot be field upgraded in the new MacBooks? Well, order what you need today, or replace the computer earlier than you’d hoped tomorrow. 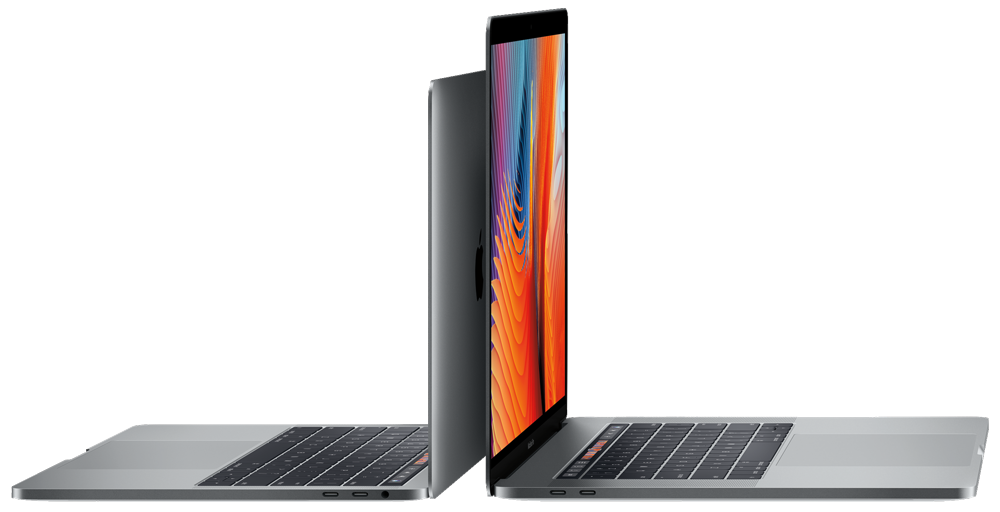 Since I’d not used the portability of my current system that much, I next looked at an iMac. One advantage of this route is that the system can be configured to hold as much as 32 Gig of RAM, addressing that memory availability issue mentioned earlier for the foreseeable future. Considering that the memory itself can be changed out in the field, I could configure it from Apple with limited memory, and save a considerable amount of money by upgrading it myself post-purchase. The price? About $2,800, for a system with considerably more processor horsepower, more memory, and just as large of a hard disk as the MacBook Pro.

One problem is that updated iMacs have been expected by Apple fans for a long time now, and as of this writing, are still not forthcoming. So no USB-C, and no latest-generation Intel processors. I decided for the spend, I’d rather wait until Apple gets around to a new iMac.

In the meantime? I discovered that my existing MacBook Pro — which Apple insists supports only 8 Gig of RAM maximum — actually supports 16 Gig of RAM if you install it. Finding the right memory was easy; one Amazon order later, and sure enough, it worked great. Which left only the storage capacity problem; I was out of space for more music software installs and continuing project work. The local computer store had a great deal on a 1 TB SSD that fit my system perfectly, and the Time Machine backup capabilities of Apple’s operating system made the disk upgrade incredibly simple in terms of my data. Final spend? About $300.

Sometimes a little tweaking to what you have ends up being the right answer for the budget.

Conclusions: Apple’s new MacBook Pro is a phenomenal piece of engineering, offering extremely high performance, sexy good looks, and cutting-edge technologies throughout. It impresses from its specs to its aesthetics, and represents by many accounts the fastest notebook computers currently available. As with all things Apple, you will pay a premium. While that’s always been true of the MacBook Pro line, the premium has gone up in this latest update. Is it worth it?

For some, likely so, but you may save money and have even more horsepower if you forfeit portability and opt for a desktop computer. That’s probably the route I’ll take in the next 12 to 18 months, once Apple gives the iMac line a facelift. Until then? It appears I’ve managed to make my nearly five-year-old MBP deliver a little more utility, for a little while longer.