When DJ Times took the time to chat with Alison Wonderland back in July (full interview here), the Australian artist opened up about the pressure of putting together a follow up after the huge success of her debut album, Run.

Today, after receiving a handful of singles, the world has received her highly anticipated 14-track body of work that goes by the name of Awake is available for download and streaming everywhere.

After three years of waiting, the electronic community can bask in her most open and revealing productions to date with a diverse tracklist that features collaborators Joel Little, Illangelo, Party Favor and her long-time friend Lido. The album also includes featured artists include Chief Keef, Trippie Redd and Buddy.

“I believe writing an album’s a lot like a time capsule – if you’re doing it right and being honest with yourself,” Wonderland says. “Many of these songs are about my self-struggle, my depression and being with someone who has their own problems you have to deal with as well.” 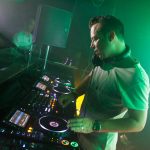 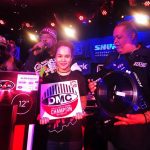