New York City – Have we just seen the future of DJing? Maybe.

Held at Manhattan’s Le Poisson Rouge nightclub this past Tuesday evening, DMC’s New York Regional Competition saw Kool Flash take the title with a six-minute routine that mixed party-rocking breaks, adept tone-scratching, crisp beat-juggling and a Mike Tyson-voiced knockout finish. With the victory, the Silver Spring, Md.-based youngster now advances to the DMC US Finals, which will be held in August at a venue to be announced.

And, after being named the winner and getting swarmed onstage by show sponsors and fellow competitors, Kool Flash showed humble moments on-mic – she said she was overwhelmed and at a loss for words. Then, on-cue, she offered up a requisite dose of DJ braggadocio. Asked by MC/host GrandMaster Caz how she expected to fare in the DMC US Finals, she responded plainly: “I expect to win.” Boo-yah! 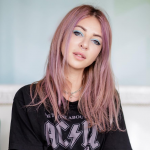 Alison Wonderland Can Do No Wrong With Sophomore Album Release 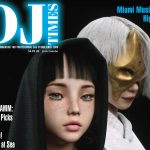