While deadmau5 may be taking a much-need break from social media, the mau5trap ball keeps on rolling with the release of the much-anticipated release of mau5ville: level 2.

Featuring a collection of fresh new music from the head honcho himself deadmau5 featuring fellow Canadian Lights titled “Drama Free,” in addition to remixes and new productions by Monstergetdown, Chris Lorenzo and Gallya, as well as a mau5 collab with Mr. Bill.

Mau5 has also reunited with special effects mastermind Nick DenBoer (who did his “Monophobia” video) for the “Drama Free” video where the e oddball characters from “Monophobia”‘s epic house party are back for a clip featuring a performance with Lights.

Check out the music video for “Drama Free” and complete mau5ville: level 2 compilation below. 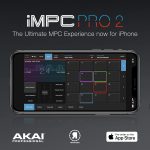 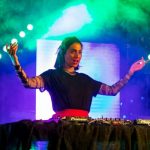