Tucson, Ariz. – This past Nov. 10-11, the 3rd Annual DUSK Music Festival descended on downtown Tucson’s Armory Park, bringing an eclectic mix of DJs, live acts and street-fair treats to the university town. Here are some of the weekend’s musical highlights:

Openers: On Saturday, Phantogram thrilled the crowd with “Same Old Blues” (from EA Sports video game FIFA 17) and Anna Lunoe thumped us by dropping tech-house tracks like Noizu’s “Slow Down” and her hit collab with Chris Lake, “Stomper.”

On Sunday, New York-based producer Jai Wolf had the evening crowd swaying with his sharp remixes of Odesza’s “Say My Name” and Dirty South/FMLYBND’s “With You.” Also, Falcons threw us a change-up. While L.A.-based producer tends to lean towards the trap end of the spectrum, he spiced up his Sunday set with some throwback cuts like Ludacris’s 1999 breakout single, “What’s Your Fantasy” and Gwen Stefani’s “Hollaback Girl.” And it was hard to ignore 2 Live Crew’s 1986 lascivious classic, “We Want Some Pussy.” A fun-loving trip down memory lane.

Live Acts: There was also a hefty helping of more traditional live music, including the Cold War Kids who thrilled the Saturday crowd with their own hits like “Hang Me Out to Dry,” and “Can We Hang On?” Also, Kyle (aka Superduperkyle) blended high-tech style and analog accompaniment with a DJ, backing band and wickedly clever lyrics for an all-encompassing performance that included his own “Playinwitme,” “Fruit Snacks & Cups of Patron,” and “iSpy” (feat. Lil Yachty).

Headliners: But it was clear that the late-night crowds were there for the respective headliners – Dillon Francis and Big Gigantic. Francis had the Saturday-night crowd jumping and headbanging to heavyweight hits like his Flosstradamus collab “Tern It Up” and “White Boi” (feat. Lao Ra). But he kept up his signature silliness with his island-flavored call to dance, “We Make It Bounce” (feat. Major Lazer & Stylo G), and his remix of “I Like It” (Cardi B, Bad Bunny & J Balvin).

Big Gigantic wrapped up the weekend of killer tunes, as the Colorado duo dropped electronic/hip-hop-flavored faves like “Feel The Vibe” (a collab with bass king Snails), the jazzy D&B flavored “Got The Love” (feat. Jennifer Hartswick), and old-school-leaning “Good Times Roll” (a GRiZ collab). These performances were all highlighted by the stellar saxophone stylings of Dominic Lalli. Well-done! 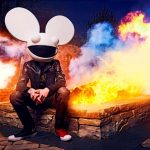 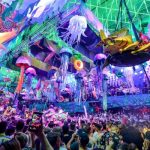