Ithaca, N.Y. — Mike Melice’s DJ career started at the blackjack table, when he was just out of college and working at a grocery store.

“I knew that I wanted to be a DJ, but working a part-time job, I could barely afford my rent,” says Melice. He couldn’t see himself dropping everything to pursue a “dream” at that time. It was then that the risk-embracing aspect of his personality emerged. He found himself at the casino, with the last $50 he had to his name.

Quickly, Melice lost $25 at the blackjack table. He was left with $25 in chips, and a decision to make: Should he save this money to be able to eat, or take a chance and go all-in at the craps table?

“I was ready to make this bet,” he says. “I told my friends with me that night, ‘If I win, tomorrow I will buy turntables and become a DJ.’”

He bet on number 21, and somehow, that white ball landed on it, as if by some divine intervention. Melice walked out of the casino with a little under $1,000.

The next day he purchased his first set of turntables and a mixer. “I relied on a friend of mine, Pete Murphy, who had been DJing for a while and battled in a few competitions, to teach me basics, and was able to show me how to use the mixer, how to bring songs in, mix and scratch, and he let me use some of his crates of records to learn on.”

Melice was on his way to fulfillment because he had always been a huge fan of music. “Throughout high school I was ‘that guy’ who always needed to have all the newest cassette tapes and CDs. I was also the first at my school to get a CD burner and Napster – in 1999, that was a big deal! I was even into burning CDs in exchange for homework assignments with classmates.”

After graduating high school in 2002, Melice moved out of his parents’ house and into a small apartment with a friend. “We lived for the weekend life,” he says. “Partying at frat houses at Cornell University, just as any 18 year olds would do.”

There was one frat party he’d never forget. “The DJ playing that night was absolutely killing it,” he recalls. “Every song, every mix, every scratch was on-point. I was fascinated what this DJ was doing. This was the first time I realized something else was more important than partying, and I knew that night I wanted to become a DJ.”

He began playing for Cornell fraternities under a multi-op that offered DJ and security services. This lasted nearly five years, and in that time he was able to upgrade his equipment and survive. He transitioned into the club-and-bar nightlife all over central New York, and in 2003 he became an independent DJ.

“Fifteen years later, I am very proud to say that DJing has changed my life forever. I have been able to work with amazing corporate clients, brands, couples and even share stage with artists like Maino, multiple members of the Wu-Tang Clan, Yung Joc, and DJ Shiftee, to name a few.”

Melice has remained a single-op because he’s able to work with his clients from start to finish. “I love to turn their vision into reality by using the latest and greatest technology,” he says. “I do this by using DJ lighting, special effects, and audio. Unlike most DJs, I take chances with new technology to help separate myself from my competition.”

On the further gear front, Melice has access to a variety of systems. Depending on the event, he’ll use two Pioneer DJ CDJ-2000NSX2 media players, two Technics SL-1210m5g turntables, a Pioneer DJ DJM-S9 mixer, and/or a Pioneer DJ DDJ-SZ2 controller. He has a MacBook Pro i7 with Serato Pro 2.0 and MixEmergency software. For PA, he uses RCF loudspeakers – EVOX tops and RCF HD32-A subs.

He says one of the best parts of being a DJ in 2018 is having multiple record pools available to be able to stay current on music, while having the best possible sound quality. He uses Ableton Live software to do his own edits when needed.

“But, for the most part, I rely on record pools like DMS, SmashVision and the newest record pool Crate Gang, started by a good friend and one of the best DJs I know, DJ Ragoza. Having the best version of the music you play and being able to mix it well helps keep more energy on the dancefloor. One of the biggest mistakes I see is DJs being complacent with technology and music. The most important part of being a DJ is reading your crowd and being able to play music based on the reactions you get with previous songs.”

Melice’s recipe for a packed dancefloor? Being able to read the crowd, having the best audio edits, and the ability to mix seamlessly — a skill he first saw at one of those frat parties, which inspired him to get into this crazy business 15 years ago. “One of those DJs,” he says, “is now one of my good friends and still amazing on the turntables — DJ Double A.”

Melice hopes that he can use his current position as a mobile DJ to inspire others — as he did at this past DJ Expo, when he co-moderated a panel on tech innovations for DJs. “The more DJs who are passionate about the industry… it just raises the bar for the rest of us.” 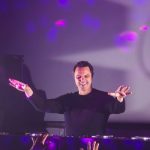 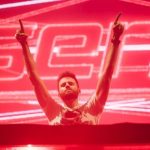