Detroit’s Burden Brothers have been making vital techno tracks since 1990 when, under the guise of Octave One, they released “I Believe” on Derrick May’s seminal Transmat label.

Since then, Lenny and Lawrence Burden have founded 430 West/Direct Beat Records, released dozens of tracks (like 2002’s underground fave “Black Water”) and created a slew of remixes (for acts ranging from Massive Attack to Steve Bug) – plus, as live electronic musicians, they’ve maintained a busy, global-touring schedule.

In 2018, they returned with another, superb 430 West project – the full-length Endustry. Released under their Random Noise Generation moniker, the seven-track album features some of the brothers’ best work, like the mesmerizing “N2 The Enfinate” and the manically percussive “Alkalyze.” We recently caught up with the duo for some studio talk.

DJ Times: You’re rooted in Detroit, home of techno. What’s going on there?

Len: It’s always been an extremely diverse city. When we were coming up, no one knew what techno was—essentially because a group of us were busy creating it. Now, because of the Movement festival, a lot of the people who don’t necessarily listen to techno at least know that it exists. It was something alien to most people — we might as well have been speaking another language. Now, you have people who want to move to Detroit for the techno experience.

DJ Times: What was inspiration behind Endustry?

Lenny: We had been touring. We decided to bring enough gear with us so we could record music on the road. With every city, with every country, we were finding new inspiration. We’d put new music together and play it in our live sets, taking influences from the life we were living at the moment. This process gave birth to Endustry.

DJ Times: When traveling, is there any piece of hardware that you compose on?

Lenny: We’ve started to bring Akai’s MPC Live. It’s totally self-contained. You don’t need to plug it in or up to anything, so it’s perfect. Up until that point, we didn’t have anything we could just pull out and work on. We were so used to composing in a studio setup, it was impossible for us to rely on a single piece of gear. Maybe the Roland TR8 back in the day was the closest thing… if you could plug it in.

Lawrence: Really, we have no rules. We just do what we feel. We melt our souls to the machines to become one with them. We always try to give the Tin Man a heart.

Lenny: We are very hardware-based, but because of limited space, we have a lot of rack-mount versions of keyboard synths. We have many of the early Roland pieces including the MKS-50, MKS-7, MKS-70, MKS-80 and JP8000. We have the Studio Electronics ATC-1 with all the filters, Moog Voyager RME, Moog Minitaur, Korg Triton rack, Roland XV-5080, Oberheim Matrix-1000, E-MU Carnaval, Korg EX-8000, MeeBlip, Yamaha DX200, Mutable Instruments Shruthi XT, Moog Little Phatty keyboard, Alesis Micron rack-mounted.

Lawrence: We run a lot of software on a Mac Tower including Digidesign Pro Tools 12 with an Apogee Ensemble digital audio interface, Native Instruments Maschine, and Melodyne Studio 4. For plug-ins, we run a ton of Waves – two Gold Natives running on a MacBook. We’re always discovering new ones.

DJ Times: What about drums?

Lenny: Besides Maschine, we have the Roland TR8 and TR909. As far as usual gear, that is a difficult one. There are many pieces we use in non-traditional ways, but that’s a different conversation.

DJ Times: Do you fall into roles?

Lawrence: Not really. We’re so used to being around one another, we just float to where we’re needed at the moment. One has a baseline, strings, drums. It’s more about where it starts. We might be sitting down, someone on a bass, someone on drums – just goofing off and it gets serious. Or we might be off on our own and bring it in. We jump all over the place.

DJ Times: How do you work with vocalists?

Lawrence: They’re another instrument for us. After we do what we think we can do to a track, we look to the vocalist as the next instrument that we’ll grab – literally… an instrument.

Lenny: Usually, we give them a lot of freedom. As far as what they feel, we’ll give them a bit of guidance. Sometime we’ll let them free-flow over the entire track and we’ll construct it after that.

DJ Times: How do you know when a track is done?

Lenny: We’ll work on things forever, so the deadlines are self-imposed. A lot of the time, they come because we’re going back out on the road. It helps us to focus.

DJ Times: How has making records changed since you came up?

Lenny: Drastically. In the beginning, we could just be at home and sell music. We could take a lot more time, as far as the production process, in coming up with something original. Now you spend so much time on the road, you don’t get the same time in the studio. But feedback-wise, now? Instant. At the show, on the net, all over the place.

DJ Times: How does the live show influence the studio work?

Lenny: A lot, as far as arrangements. We might do a drop or play a particular line that we’d never thought about playing on a particular track—some drums for example, or some effects. We get a chance to test things out and, hopefully, when we hit the studio we’ll remember what we did that worked.

Lawrence: It can be a problem… remembering.

Lenny: You can never totally re-create a moment, but you can try to get the feel in your studio composition. 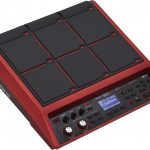 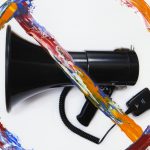