Valentin Brunel’s rise to dance-music prominence has been a case every bedroom producer’s wildest dream being realized.

In 2014, at the age of 17, the French talent began posting his first remixes on SoundCloud under the name Kungs. Two of his earliest offerings – mixes of Bob Marley’s “Jammin’” and Lana Del Rey’s “West Coast” – quickly garnered the attention of electronic-music fans around the world, and he was off and running.

One year later, Brunel completed his first official remix – a high-profile opportunity tackling Axwell & Ingrosso’s “On My Way.” Then, Brunel was offered the opportunity to open for countryman David Guetta on the European leg of his Listen tour in 2015.

His big break came with the 2016 release of “This Girl,” an infectiously sunny collab with Aussie funk trio Cookin’ on 3 Burners that topped charts all over the world. He quickly followed up with Layers, a well-received debut album. Since then he’s been releasing singles, like recent pumper “Disco Night” (with Throttle), and playing major festival stages on all continents.

As he prepared for his sophomore full-length just shy of his 22nd birthday, we caught up with Valentin Brunel (aka Kungs).

DJ Times: Growing up, you were influenced by your dad’s taste in rock and blues. How has that informed your productions?

Kungs: The rock elements come across most heavily in the way I structure the vocal elements of my tracks. My productions are often rooted in dance music, but tend to have some parts that are more soul-oriented. Also, a lot of my toplines are rock-inspired. Allowing personal influences to creep in to your productions keep things original. A real high for me was when I was lucky enough to work with Luke [Pritchard] from The Kooks. He was a real hero of mine growing up. I loved that band so much. Making a collaboration together was unreal. Rock and blues influences allow me to make dance music with an edge. 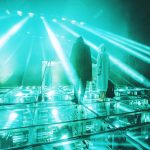 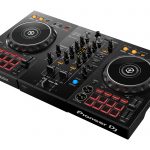