Today would have been the ‘Godfather of House’ Frankie Knuckles 64th birthday today and to commemorate this day, long-time friend and writing partner Eric Kupper has revealed he his putting together an album that will bring together the definitive collection of ‘Directors Cut’ works, the last works ever created by Frankie.

In conjunction with this announcement, Kupper has unveiled the album’s first single, a rework of his now seminal classic “Baby Wants To Ride” which serves as a very special Directors Cut re-production with re-recorded vocals by the original vocalist Jamie Principle, initially released on vinyl then later digitally.

“Frankie and I wanted to retain the flavor of the original version, but with a more modern sonic approach, as well as some updated topical lyrics provided by Jamie,” Eric Kupper explains.

To help his legacy live on, this album is in collaboration with The Frankie Knuckles Foundation who will receive 50% of the profits from this project. 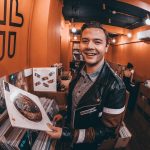 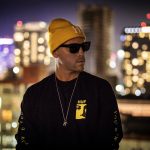