It’s time to get down and dirty with DJ Times’ latest premiere coming from Spag Heddy and Rico Act!

Quickly becoming one of the dominant forces in the realm of dubstep since first popping onto the scene in 2011, the Dutch producer showcases his production prowess with another guttural, bass behemoth that will leave listers with, you guessed it, with a “Noodle Neck.”

“The comparison of a neck to a noodle is funny to me and the song idea has been in my mind for a long time, I wanted to make it hard-hitting bouncy song, that asks for head banging,” Spag Heddy explains. “When I heard Rico Act on some tracks I knew that he was the one that could do the vocal the best and bring the energy level to the max. Be advised; dry and uncooked noodles do snap, so get yourself real wet and saucy to enjoy the full Noodle Neck experience safely.”

Crank those speakers up and dive headfirst into the exclusive stream below. 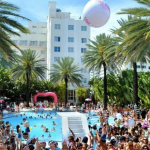 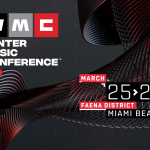