The mega powers have officially combined! The bass legend Rusko has unleashed his highly anticipated 5-track MEGARAD EP on Zeds Dead‘s Deadbeats imprint and its a doozy.

After the release of the lead single “Squeeze (Burnin)” last month coming as a reggae-infused rattler, the England icon showcases his versatility showcasing a variety of influential UK sounds.

While the lead single, “Squirrel Beta” and “Spatula” are what we’ve come to expect from Rusko, listeners get hit with quite a curveball slowing things down with “Open The Feeling” and going beast mode with “Hardcore Raven.”

Check out Rusko’s latest weapons below. 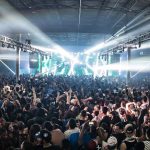 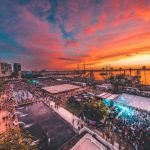