San Diego – It’s no easy feat to produce a successful music festival twice annually, but CRSSD has managed just fine. The two-day festival has continued to draw crowds upwards of 15,000 people per day with its multi-genre lineups for the past five years, and it will once again return to its San Diego home at Waterfront Park this weekend.

The ninth edition of CRSSD Festival will take place March 2 and 3 with a sound-shifting roster of more than 40 acts performing across three stages. Helmed by artists including Odesza, Phantogram, Jungle, Petit Biscuit, Lane 8, Justin Martin (and friends), Armand Van Helden, Erol Alkan, David August (DJ set) and Wajatta (live), the expertly curated event boasts some of the most respected names in indie, electronic and experimental music.

CRSSD attendees come back year after year for more than just the music; Waterfront Park is the picturesque setting for spending a sun-drenched weekend baltering across grassy dancefloors, splashing around in fountains, sampling a smattering of gourmet food and mixology options, and, of course, catching quintessential California sunsets.

And the fun doesn’t stop when the festival ends. CRSSD Festival After Dark offers three nights of after-party mayhem at eight of San Diego’s best nightspots. The weekend’s events will kick off Friday with Amtrac at Bang Bang, Saturday’s late-night affairs include Justin Martin, Eli & Fur, Will Clarke and more at Hard Rock, and Sunday will close out with DJ Seinfeld and DJ Boring amongst others.

For more information regarding CRSSD’s Spring ’19, head on over to crssdfest.com. 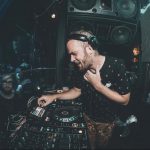 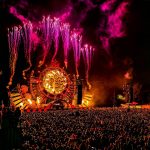