Popular global DJ/producer Markus Schulz will spice up the action at DJX ’22 this August with an opening-night performance and a “Keynote Q&A” session where he’ll share his success story with DJX attendees.

DJX will kick off its After Dark series with Schulz headlining the opening-night party (Aug. 8) at the HQ2 Nightclub at the nearby Ocean Casino Resort. The event will also serve as the closing event for Lucy The Elephant, a new Atlantic City music festival with which DJ LIFE/DJX has forged a partnership. The four-day/night Lucy The Elephant will present some of the globe’s top DJs, including renowned talents like Tiësto, DJ Snake and more.

The fan-friendly Schulz, the only jock voted “America’s Best DJ” three times (2012, 2014, and 2018), is known for his euphoric trance sets and hard-hitting tracks. The Miami-based talent has worked his way up the DJ ladder from spinning mobiles and clubs in Boston and Phoenix to playing some of the world’s most prestigious clubs and festivals. He’s also successfully run his label, Coldharbour Recordings, since 2013.

ALL DJX badgeholders (21 years of age and over) will be admitted FREE to the Aug. 8 event at HQ2, which will begin at 9 p.m. Proof of age required. Dress code.

Schulz will also participate in a DJX “Keynote Q&A,” where he’ll be interviewed by DJ LIFE Editor-in-Chief Jim Tremayne. They’ll discuss Schulz’s rise thru the DJ ranks – how he went from mobile to global – and became one of the world’s most-popular DJ/producers.

Attendees, of course, will have time to ask questions as well.

Seminars, Workshops and Keynotes are open to All Access, VIP or Daily Pass holders only. 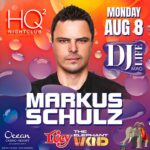 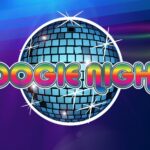