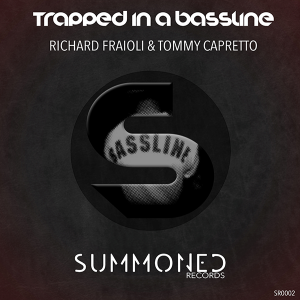 Listen and Download MP3s:
(ALL TRACK LINKS ARE AVAILABLE FOR A LIMITED TIME)

“Trapped In A Bassline”

”Trapped In A Bassline” is the latest single from electronic dance music DJs/producers Tommy Capretto and Richard Fraioli.

As the track title suggests, the distinguishing characteristic of this composition is its all-encompassing, mighty bassline, one that’s sultry and alluring with hints of intense stimulation to come. When the obscenely liquid, rich bassline hits and the 4/4 beat kicks-in in all its glory, it’s all one can do to keep from jumping out of one’s skin and onto a packed, blistering dancefloor. Dark, booming and infinitely sexy, “Trapped In A Bassline” is a wickedly good progressive-house music track that spotlights Tommy Capretto and Richard Fraioli’s hitmaking alchemy. As music-makers, their balance and flow in the recording studio is reflective of their camaraderie as DJs when they perform live at the nation’s top nightclubs and parties. “Trapped In A Bassline” is progressive-house music at its best.

Tommy Capretto is a house music DJ and producer from the greater Philadelphia area. Having launched his career as a music producer in 2006, 2015 was the year things started kicking into high gear. With music releases on leading record labels, Universal Music, Capitol Records, Armada Music, Juicy Music, HoTL Records and others, Capretto has built a reputation as a go-to producer for club hits. As a remixer, Capretto has completed official remixes for artists including Beck, Niall Horan, Hailee Steinfeld, MNEK and Dragonette, among others. Capretto helms his own independent imprint, Summoned Records. Capretto’s music is supported by fellow global DJs Don Diablo, Laidback Luke, Oliver Heldens, Roger Sanchez, Robbie Rivera, BlasterJaxx and many others. As a performing DJ, Capretto has played an immense schedule of nightclub and festival events including Rumor Philadelphia, Fire & Ice Lounge Miami, Electric Glow Festival Scranton, NOTO Philadelphia and VNYL New York. On the radio, Capretto has hosted his own mixshows on WPTY-FM “Party 105” Long Island, “Beats 360” Washington D.C., “Strictly Dance Radio” Chicago, “Radio Danz” Miami and others. Beginning March 2019, Capretto will host his very own weekly mixshow, “Club Capretto,” on the world’s biggest digital commercial-free radio network, DASH Radio, on the ElectroCity channel; the mixshow series will be celebrated during a special live two-hour broadcast from DASH Radio’s ‘Dream Studios’ located at the Dream Hollywood Hotel in Los Angeles on March 22nd, 2019.

The DJ/producer Richard Fraioli is a fixture on the international electronic dance music (EDM) scene with releases on Pacha Recordings, 418 Music and Summoned Records. Passionate, professional, but above all, fun, Fraioli’s love of music is evident when he’s behind-the-DJ decks performing. As a DJ, Fraioli has held numerous DJ residencies throughout Florida, New York, Massachusetts, Rhode Island and Arizona. Fraioli has also been direct support for international DJs from Avicii to Laidback Luke, Erick Morillo to Mark Knight. Years ago, Fraioli’s sound caught the ear of “America’s #1-selling DJ,” Louie DeVito. Years later, Fraioli found himself as a DJ at Ultra Music Festival Miami, where he has maintained 12 consecutive appearances since 2005. Fraioli’s productions can be heard on many mix compilations and his music garners the support of DJs including Laidback Luke, Chuckie, Diplo and Nervo. On the radio, Fraioli has been a resident mixshow DJ since 2002 on Arizona’s “Energy 92.7FM” and “Energy 101.1FM,” that state’s premier dance music radio station. Today, he can be heard on Energy981.com. Additionally, Fraioli’s mixshows can be heard on “UMF Radio” on SiriusXM, as well as his own house music-based collective, “That MOTHER F#%KING House Music.” 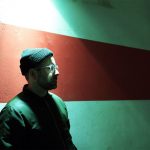 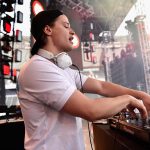 Kygo Returns With “Think About You” Featuring Valerie Broussard