After building a profile since 2011 that saw him release five albums and headline festival stages all over America, GRiZ had an intentionally reclusive 2018.

In mid-2017, the Detroit-born/Denver-based artist – aka Grant Kwiecinski, 29 – came out as gay in a heart-tugging op-ed in Huffington Post, so a year away from social-media attention allowed him to find peace and a new center. But it also allowed him to get down to the also-serious business of making music. Thankfully for the dance-music community, he is back in full force with a newly inspired sense of creative energy.

His recently released sixth album, Ride Waves – with its signature blend of saxophone-infused Motown soul, future funk, and dubstep/bass – cracked both the Billboard Top 200 and the Top 10 vinyl sales charts. To support the album, he’s currently touring theaters and larger venues with a fully immersive show, complete with a coterie of musicians and dazzling video/lighting/stage production.

Over recent years, GRiZ has cultivated a fervent following of die-hards who remain loyal to his artistic evolution. His popularity has spread from coast to coast, as he’s sold out impressive venues like Denver’s iconic Red Rocks Amphitheatre, Chicago’s fabled Navy Pier and, most recently, Brooklyn’s rustic Kings Theatre.

Fostering a community of talented contemporaries, GRiZ started his own label in 2011. Originally known as Liberated Music, his All Good Records has been the platform that’s released the six GRiZ albums (all free downloads), plus music from other acts like Muzzy Bearr, who also plays guitar for GRiZ onstage and in the studio.

In addition to the recording and touring, GRiZ makes a point to give back to his community. Through his annual GRiZMAS celebrations, a 12-day event series in Detroit, GRiZ has raised over $100,000 for music education in public schools. Recently, he partnered with Dan Savage’s It Gets Better Project, a foundation aimed at preventing suicide among LGBTQ+ youth, for one of the organization’s most successful campaigns.

In fact, the cause resonated so much with GRiZ that Ride Waves includes an ultra-positive/sing-along tune, in collaboration with DRAM, by the same name as Savage’s foundation. Easily his most realized body of work to date, Ride Waves features a slew of top-tier talent, including Snoop Dogg, Wiz Khalifa, and Matisyahu, and delivers tasteful dose of musical diversity, booty-shaking rhythms and heartfelt emotions.

With so much on the horizon, Kwiecinski seems to be entering a creative renaissance for his GRiZ project, and we could not resist taking the time to sit down with him to delve all the way back to the beginning.

DJ Times: How did glitch, drum-n-bass, and IDM introduce you to electronic music?

GRiZ: I was 14, and I was in a band. I was really interested in music, but at the same time, there wasn’t really a ton of music that was blowing my mind. But I was introduced to marijuana, electronic music, and strobe lights all at the same time – and that blew my mind to pieces. We would just listen to music and smoke weed in my buddy’s bedroom; sit there in darkness, put on the strobes, and just lose our fucking minds. 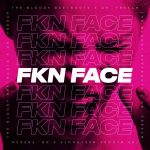 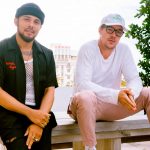