In a time when some bass-music fans say their scene has become somewhat stagnant, SVDDEN DEATH’s relentless and unique sound design sets him apart from much of the pack. In just a couple years, he’s become one of the most promising talents in the world of American dubstep.

On tracks like 2017’s “Take Ya Head Off,” 2018’s “Behemoth” (from the “Voyd” EP) and 2019’s “Ichor” (feat. Ace Savage), the Bay Area native delivers guttural, but sophisticated soundscapes that he accompanies with bone-rattling basslines for maximum effect. This year, he’s even teamed up with Marshmello for their frenetic, sub-wrecking collab, “Sell Out.”

Additionally, he’s become a festival favorite with big-stage performances in early 2019 at San Francisco’s Wobbleland and Miami’s Ultra Music Festival. So, as he prepped for another massive show – Electric Daisy Carnival in Las Vegas – we caught up with Svdden Death.

DJ Times: When were you first introduced you to the world of bass music?
Howland: It was 2009 when I really got into dubstep, listening to people like Skream, Rusko, and Excision.

DJ Times: What was so appealing about the dubstep sound that you wanted to produce it yourself?
Howland: When I heard new stuff from people like Phiso, Samplifire, Ubur, Getter, etc., I wanted to make music like it because it reminded me so much of metal. No one was moshing to dubstep really back then, so my friends and I would also just go to super-underground shows and beat each other up. I had already been producing for years, but it wasn’t until I found the heavier/tearout/riddim styles of dubstep that I created Svdden Death and started making it.

DJ Times: Since first popping onto the scene, what are some changes you’ve noticed in the realm of dubstep over the years?
Howland: Dubstep used to be club music kinda, where you would have pop/house/dubstep/trap all in the same sets and regulars at clubs would dance to it. Dubstep became extremely unpopular and they stopped playing it at clubs, and it started separating itself and becoming more focused on pure, heavy energy. This style became popular and it’s why you see head-banging and moshing. 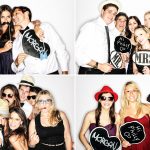 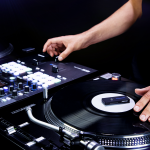