The evolution of Hip Hop has come a long way from its humble beginnings back in the 1970s. Now the highest grossing genre in pop culture, Hip Hop has taken over the airwaves, fashion, television, movies and more.

In 2019, the Sugarhill Gang , one of Hip Hop’s legendary groups, will be celebrating the 40th anniversary of their hit “Rapper’s Delight.” Released on Sugarhill Records, the song was produced by Sylvia Robinson and featured songwriting from Nile Rogers and Bernard Edwards. It was the first rap single to become a Top 40 hit on the Billboard Hot 100 and is RIAA certified 2x Platinum . The song became an international hit in the UK, Canada,

They have now joined forces with hip hop pioneers Grandmaster Melle Mel & Scorpio to form a supergroup uunited as The Sugarhill Gang + Furious 5 with a brand new single on Monatomic Music, “Someone Like You” produced by Award Winning American EDM producer, FORD.  The new single and music video is scheduled for global release on May 25th 2019, followed by a European Tour the Summer of 2019.

More About the Sugarhill Gang:

The Sugarhill Gang is made up of original members Wonder Mike (Michael Wright), Master Gee (Guy O’Brien) and Henry Jackson (Big Bank Hank) who helped to put hip hop and rap on the map. In 1979, the group burst onto the scene with the global hit “Rapper’s Delight” who went on the to top charts all over the world and sell over eight million copies. They went on to release hits as “Apache,” “8th Wonder” and “Living in the Fast Lane.” Wonder Mike and Master Gee went on and teamed up with Henry Williams (Hendogg) and DJ T. Dynasty both who has performed with the group for 20 years and counting creating new music, while still pleasing the

crowds with their greatest hits. In 2009, they released their first song in 25 years with international DJ phenom Bob Sinclair called “LaLa Song,” which quickly became an uber-hit overseas, securing Song of the Year for many European countries, including Italy. Wonder Mike, Master Gee, Hendogg and DJ Dynasty continue their tradition of creating a party atmosphere that makes everyone dance the night away as they perform for sold out crowds throughout the world.

Grandmaster Melle Mel and Scorpio are two of the original members of the iconic hip hop group Grandmaster Flash & the Furious Five. Composed of one DJ (Grandmaster Flash) and five rappers (Melle Mel, The Kidd Creole, Keef Cowboy, Mr. Ness/Scorpio, and Rahiem), the group’s use of turntablism, break-beat deejaying, and conscious lyricism was significant in the early development of hip hop music. The group signed to Sugar Hill Records where they rose to prominence. In 1980s, the group disbanded and became Grandmaster Melle Mel & the Furious Five where they released several hits including “The Message,” “White Lines,” and a host of others. The group made several reunions but the legacy continues on with only Grandmaster Melle Mel and Scorpio as remaining members entertaining fans around the world. 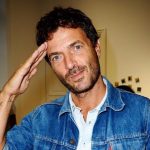 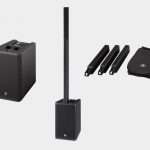