Midnight Kids popped onto the EDM scene in 2017 with a notable string of remixes that infused their ’80s-inspired touch into already-catchy tracks like the Chainsmokers’ “Young” and Jai Wolf’s “Lost.”

In relatively quick fashion, the L.A.-based duo began to score with original productions like 2018’s “Find Our Way” and “Serious,” a recent collab with Matthew Koma. In addition to creating more remixes for high-flying acts like Porter Robinson and Gryffin, the pair began to hit summer festival circuit – upcoming gigs include a Sept. 1 date at NYC’s prestigious Electric Zoo.

We recently caught up with Midnight Kids Kyle Girard and Dylan Lee (yes, he’s the son of Tommy Lee and Pamela Anderson) to discuss their artistic journey and future plans.

DJ Times: Midnight Kids got known with a string of hot remixes. When did you know you were ready to release an original production like “Find Our Way” in 2018?Girard: Honestly, the plan has always been to release original music. We’ve always felt that original music is what defines you. Once “Find Our Way” was finished, we knew that was the first record we were going to put out. We’re so happy with the response we’ve received on that record – so glad everyone connected with it.

DJ Times: Your latest single, “Those Were the Days” featuring Jared Lee, has summer anthem written all over it. How did that one come together?
Lee: That came together quicker than any record we’ve done before. Jared sent us the topline while we were in Miami for Miami Music Week. We started playing around with a new idea and then suddenly remembered an existing instrumental we had. So we tried putting the vocal over it and it was magic, felt like that’s where it belonged. Sent it to label and then boom – that was the next record. 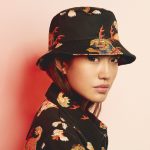 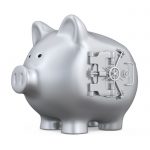