Always being one who makes his presence felt throughout festival season with his high-octane tune, the bass house pioneer JOYRYDE has unveiled his highly anticipated third single off his forthcoming debut album.

Following recent weapons “I’m Gone” and “Yuck,” his latest offering “MADDEN” opens with  Method Man’s “Release Yo Delf” before unleashing his fury with a barrage of bass that is sure to be an immediate fan favorite.

“After seeing the movie ‘The Wolf Of Wall Street,’ I knew I wanted to do something with a Lamborghini Countach. It’s such a beautiful, scary thing that no one ever gets to see in person. On July 26th we had 2 of them on stage at my show in the Hollywood Palladium in Los Angeles. It was a dream come true to do something like that…If you’ve seen ‘The Wolf Of Wall Street,’ you know: ‘M A A A D E N!’ The track was such a fire moment that night, so I wanted it to be glued to its history.” 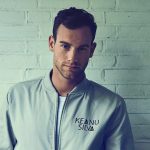 Keanu Silva Delivers Remix Of Felix Jaehn’s “Love On Myself” 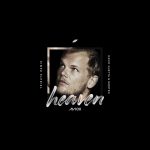