For more than two decades now, Los Angeles has been the epicenter of U.S. drum-n-bass. With a robust DJ and party scene, the genre continues to thrive – and it’s longtime, area talents like 6Blocc that keep things vibrant.

A certified SoCal treasure, 6Blocc (aka Raoul Gonzalez) came out of the DJ battle/hip-hop scene, gained notoriety as a hardcore/jungle mixer on KDAY radio, and eventually began to perform under the R.A.W. (Rules All Warehouses) moniker. And today, he maintains a busy DJ schedule and he’s still cranking out new digital releases, like his frantic remix of The Dumbsteppaz “Amen,” and sample packs, like the recent “B-Boy Jungle Breaks.” We recently caught up with 6Blocc.

DJ Times: When did you get started in music?

6Blocc: In third grade, I started playing drums in a marching band. By sixth grade, I was the drum leader. From there, I joined my junior-high jazz band playing drums and then I played timpani and cymbals for the orchestra. Around 1986, I discovered a Synsonics drum computer and a Yamaha synth—it’s been digital music ever since.

DJ Times: How important was music to your family growing up?

DJ Times: The Chicano jungle scene has always been big in L.A., from the beginning to present day…

6Blocc: All the original warehouse events were held in Latino neighborhoods, so naturally they were in major attendance. Also, the influence of graff writers and breakdancers brought in more brown ravers back then. Many now that are older will see me at shows and tell me that was a special part of their lives. It’s become our oldies, like the soul songs of the ’60s were to the generation before us.

DJ Times: You were one of the first DJs…

6Blocc: Shortly after I started playing jungle music, other Latinos started playing it as well, like Oscar da Grouch, Curious, The Chemist, Machete, Noface and probably hundreds more around the city that we’ll never know. But it’s definitely the backbone to the L.A. jungle scene. Some of the shows were in really bad neighborhoods and the Latino turnout would be 90-percent, so yeah it’s definitely a Junglist, Graff, Cholo, B-Boy thang.

DJ Times: What are your studio tools?

6Blocc: For now, I’m on Cubase 9.5. I’ve been strictly Steinberg for many years now. It just feels right, like a drawing board and not a program that throws too much at me. Basics… all I need is the scissors and a little bit of glue. I bought some rackmount hardware last year: Yamaha A3000 sampler, Akai S2000 sampler, Korg TR-Racks, Roland JV1080 and an Alesis synth. But dammit, I still haven’t brought myself to actually set it all up with my computer. Software and Macs have made me so impatient with the older process of music production. I hope to set it up one day [laughs]. 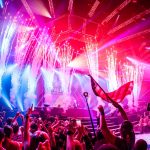 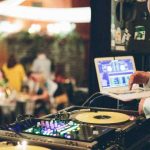