It’s official, the video game commemorating the life and music of Avicii, AVICII Invector, is set to be released on December 10th.

The game will be released on Xbox One, Nintendo Switch and PC and feature 25 of the Swedish superstar’s biggest hits.

Tim Bergling (Avicii’s real name) worked with Hello There Games back in 2017 on the original version of the game which was released for PS4.

For each purchase, 25% of the profits the game makes will be donated to The Tim Bergling Foundation, a charity aiming to raise awareness about mental illness and advocate for suicide prevention, which was founded by his parents.

“He was an amazing talent, and as an advocate for mental health, I hope and believe this project will bring Tim Bergling’s wonderful spirit to a world that can benefit from it.”

Watch the trailer below. 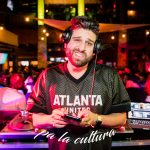 Hey DJ EU of Atlanta United Football Club — How’d You Get That Gig? 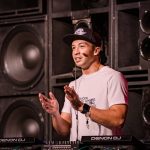