It’s Scott Cohen’s job as chief innovation officer at Warner Music to look for “what is next.”

There are many brilliant, talented DJs out there, but there are also lots of jobs that used to exist that were replaced by technology. The key is to rethink your value proposition and do something that a machine can’t.

And now, said Cohen — “It’s all about subscription streaming and social media.”

Indeed, streaming now accounts for 80% of all recorded-music revenue — $5.4 billion of recorded music sold at retail for the first six months of 2019, according to the RIAA’s mid-year report. That’s a lot of user data.

Before taking the job at Warner this year, Cohen founded The Orchard, one of the largest distributors of independent music in the world. Its data-driven business model, mining streams and social media data minute by minute, has become the standard for music industry marketing.

Cohen recently spoke at the Electronic Music Conference for the Asia-Pacific region in Sydney, Australia — two days of debate, workshops, masterclasses and keynotes, under the theme “The Next Now.”

He painted a challenging future scenario for DJs and EDM producers, citing data from Amazon that says the most frequent way fans found music was via lyrics (after searching by artist name and track). “Fans often don’t know the track name but they may remember a lyric,” said Cohen.

DJs/producers should also be looking forward to the next platforms. Think virtual reality, augmented reality, and gaming. EDM is perfect for these environments.

Of course, for many EDM producers, whose tracks are often instrumental, this poses a problem.

We talked to Scott about possible solutions.

DJ Times: Regarding voice activation technology in music. If fans are finding music via lyrics, how will an EDM producer’s work be found?

Scott Cohen: Voice search creates unique opportunities and challenges for EDM artists.  I think the artists/DJs/producers will need to work even harder to create themselves as a brand in order to be surfaced. They should be working on curated playlists, Alexa skills, and delivering enhanced meta data i.e. mood, theme, etc.

DJ Times: What do you see five years down the road, in terms of how DJs/producers can get ahead of the curve in terms of music discovery and getting their music out there to fans?

Cohen: I think they will need to start to look beyond the DSP’s. They need to build their own audiences first. They should also be looking forward to the next platforms. Think virtual reality, augmented reality, and gaming. EDM is perfect for these environments.

DJ Times: Here’s a scenario that has many club DJs worried: It is no secret that services like Spotify are already experimenting with Artificial Intelligence (AI) to mix tracks. This will get better and better over time. The only thing artificial intelligence lacks is experience, but will learn the kind of tracks the crowd at the venue likes to hear at a given moment in time.

Now imagine what happens if a club owner is going to use streaming services at a club. Clubgoers  are sharing their experience with the AI of the streaming service. And it will analyze that data, knowing the location already from the Wifi IP address/GPS. Sooner rather than later tech companies will make a perfect fingerprint of what people at that venue want to hear at which time. And using that fingerprint it can get very creative in selecting the exact blend of new and old tracks, without having to repeat itself ever. And its mixing will be flawless, though maybe less creative than a DJ could do. To get that playlist custom built for his club will cost the venue owner a bit more than the typical subscription plan.

Also, many DJs who do weddings and parties are already finding they’ve been replaced by Spotify.

Scott Cohen: There are many brilliant, talented DJs out there, but there are also lots of jobs that used to exist but were replaced by technology. The key is to rethink your value proposition and do something that a machine can’t. Choosing a bunch of tracks seems like a job a machine can do at least as good as a human, so great DJs should already be thinking about how they can evolve their role. 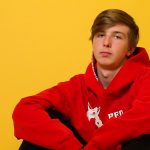 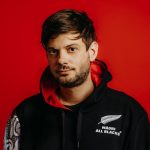