Robert McKee has been teaching storytelling since the early 1980s (among his 100,000 former students are a boatload of Academy- and Emmy-Award winning writers and directors), and a few years ago he began offering these lessons to marketing execs, brand managers and entrepreneurs.

The idea? That story design, done with a degree of competence, whether for a novel, short story, film — or business pitch, brand story or power point presentation — appeals to the way our minds work.

In other words, what works for Hollywood can work for your DJ business, whether you’re just starting or beginning to scale up to a multi-op.

“If you’re a business owner or you’re running a brand, you need a story.”

At his recent “Story in Business” seminar at Hunter College in New York City, McKee, a salty-tongued, bushy-browed, self-described angry intellectual, spent the better part of nine hours explaining the form of a “purpose-told story.”

He began the lecture, which featured plenty of gesticulating and harrumphing, by dismissing anyone who chose to describe a brand story as a “narrative.”

“If you’re a business owner or you’re running a brand, you need a story,” he says. “It’s not a narrative. It’s a story.”

To find your own brand story, one that you can include on your website or in your social media profiles, use the following guidelines:

Start with the end

1. Define your target audience: Are you describing the benefits of your product to the end-user? Or are you communicating to colleagues or partners? Is your story outward facing, or internal to your company?

What is a bride’s desire line? Usually to have a day and night that she’ll remember forever — or is it?

“You can’t build a story about your brand or business if you don’t know what you want the target audience to do,” says McKee.

“Everybody sees themselves as taking part in a struggle against forces in society.”

4. Once you’ve defined the target audience’s desire line and the action you want them to take, go back to the beginning and create your “core character.”

A. Product-centric: Where the central idea is the principle of a well-designed or beautiful product. See Apple, or Mercedes.

B. Resource centric: This is the company who says they can beat their competition by exploiting nature better or faster. The company is the core character here. Pharmaceutical companies are resource-centric, so is Tesla.

C. Consumer-centric: The customer is the core character here.

McKee points out that, over the last decade, these categories have melted into one another, causing confusion and corporate identity crises. “Every company wants to be product-centric nowadays,” he says. “And that’s a mistake.”

Whatever core character you choose, says McKee, avoid the portrayal of an “over-dog.”

“Every company wants to be product-centric nowadays — and that’s a mistake.”

“You want to create empathy for the core character,” he says. “And bragging that you’re the best, or the most innovative, doesn’t engender empathy, because nobody can identify with an over-dog.”

“Bragging that you’re the best, or the most innovative, doesn’t engender empathy, because nobody can identify with an over-dog.”

5. Once you’ve selected your core character, you then create a “starting event”—it could be an accident, an IPO, a hostile takeover, obsolescence, or competition, among other things. The key is it must have a “negative charge.”

“If you don’t create a problem, then your product isn’t necessary,” says McKee, adding that the more negative charge you put into your starting event, the more powerful your solution.

Prospective clients need to see themselves in that story — their anxieties, fears, hopes and positive outcome.

“If your brand story doesn’t expose a problem, then your product isn’t necessary.”

6. The end of your brand story — the climax, when the object of desire has been achieved — is when clear choice has been made. Your negative charge has been turned to a positive value. Your product solves the problem, your company pivoted successfully, or your customer is the hero (for hiring you).

“When you move back and forth from negative to positive,” he says, “the reader or listener will be interested to see if the object of desire can be achieved. Because they sense that the problem they’re seeing, that negative charge, is present in their own life.” 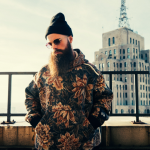 Will Clarke Shares His Tips For Extended Set Success 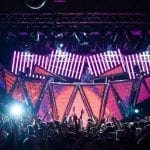