Share
Share on Facebook Share on Twitter
Hopewell Junction, N.Y. – Joshua Lask started DJing when he was 14-years old. About two years later, he decided to “price shop” other DJs in the Hudson Valley, N.Y., area to determine his worth. Pretending to be a potential client, he called the DJ company owned by Mike Alevras.

“Mike quickly saw through it and I received an invite to meet him and network,” says Lask. “He took me under his wing and helped me become the entertainer that I am today.”

One of the most important things Alevras did for Lask was introducing him to the DJ Expo, which DJ Times produces each August in Atlantic City, N.J. “I was way too young to get the full experience in my first year, but it was absolutely life-changing.”

The pair combined forces and ran a successful multi-op. Then 10 years ago, Lask stepped away, handing off all control to his partner to pursue a career as a paramedic.

This year, a dispatcher at Lask’s job called him in a panic. “His DJ bailed on him and said he would pay me $2,000 in cash,” says Lask, who pieced together gear and learned how to use Serato again.

“Everything spiraled from there, but it wasn’t smooth sailing the whole way. My brother Matt and I decided to give it a go and our goal was to book one wedding a month.”

They got way bigger really quickly, and soon enough DJing became his full-time venture again. “Mike and I reconnected and we were helping each other with events and sharing resources. It felt like old times – the only difference was we were not the same company.”

He was out of retirement. But after 10 years, the DJ game was rather different.

“Everything has changed since I left,” says Lask. “The only thing that remained the same was the structure of an event or wedding and the concept of solid programming. The technology, the style, the expectation all changed.”

Eventually, Lask and Alevras talked about reuniting. “I think the big shift to get back together occurred slightly before June,” says Lask. “My daughter was due in June and Mike had warned me about the time constraints and how difficult it will be to keep up with my current workload and be a dad. He was 100-percent correct. I had no idea the time commitment that it would take to be a dad and run a business.”

The duo had always joked about “getting the band back together,” but after Lask’s daughter was born, they pursued it more aggressively. “We both had established companies that were lucrative and sought-after,” says Lask. “We had similar styles when it came to entertainment. We both had a good core team around us. We soon realized that if we merge, we can both free up the time needed to be with our families. This job is a very time-intensive and it is, in my opinion, impossible to be 100-percent optimized if you can’t give it your all. This is obviously not possible if you have a family.”

But, by combining forces, no one needed to be there 100-percent of the time. “We could all cover each other,” says Lask. “The company would run at full efficiency, but we would have the time we deserved with our family.” 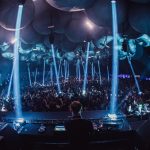 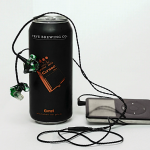 The Wedding Guest Who Believes They’re a Better DJ: What Would You Do?