In a time where many believe the electronic dance music festival circuit has become a bit saturated, Time Warp has proven to be in quite the league of its own over the past two decades.

Since it’s inception, the critically acclaimed event has evolved into what can easily be considered one of recognized and respected curational forces when it comes to the world of house and techno at the global stage.

For 25 years now, Time Warp has served as a haven for those who have fallen in love with the underground sound and certainly shows no signs of slowing down. Delivering both pulsating beats until the wee hours of the morning alongside awe-inspiring production, Time Warp continues to evolve each and every year. Similar to fine wine, it just gets better with age.

“Not many events are running for 25 years! Overtime Time Warp established itself as one of the highest level event worldwide, from the standard of production to the impeccable line ups they’re providing to the crowd. We know that the team behind it is fully dedicated to the crowd experience, bringing people together through music, in an uncompromised way. Speaking of the original Time Warp in Germany, it is now an industry meeting points where artists and their representatives all join for the rave of the year.” – Mind Against

Five years after its last appearance in the United States, the festival’s 25th-anniversary celebration returned to New York, invading New York Expo Center for a two-day audio and visual immersion on November 22nd and 23rd. Two names leading the charge on the star-studded lineup were brothers Richie Hawtin and Sven Väth, who have been apart of the festival since its 1995 Mannheim debut. The soundtrack to the weekend was also provided by Amelie Lens, Ricardo Villalobos, Nina Kraviz, Joseph Capriati, Pan-Pot, Maceo Plex, Loco Dice, Peggy Gou, Mind Against and many more.

Calling a massive waterfront warehouse in the middle of an industrial area its home; there couldn’t be more of a perfect setting for Time Warp event.

For the milestone celebration, 15,000 techno lovers made their way to New York Expo Center for quite the marathon with the event running from 10 pm to 7 am, which is pretty much the standard when it comes to underground events compared to your traditional club night.

Featuring what seemed like the lastest and greatest from the world of techno, Time Warp once again cemented its place as being the essence of the underground. While the glory days of rave culture are well behind us, there is something about entering a warehouse and dancing the night away until the sun comes up that can not be replicated, especially if it isn’t authentic. Avid techno fans would see right through that, but luckily for us, Time Warp is the standard and has been for over two decades.

“Time Warp has contributed a lot to the Techno and House scene over the past 25 years. As one of the strongest brands for high standard Techno events, they have set the bar high and influenced other promoters a lot. The whole Cosmopop team is so passionate, you can really feel they love what they do. Also, you can ask any artist from this business and the answer will remain the same. Time Warp is special. And so is the experience for the crowd.” – Pan-Pot

Words for an event of this caliber simply don’t do it justice considering this 9-hour affair being more of an adrenaline-pumping sensory overload. However, we’ve thrown together quite the highlight reel for those looking to take a trip down memory to see what the Time Warp experience is all about.

Take a live look into the industrial haunts of Time Warp’s 25th-anniversary celebration in New York below and enjoy! 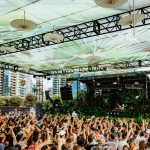 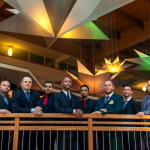