After taking the electronic community by storm with their debut album Brainsugar back in 2016, Cubicolor has struck again showcasing their production prowess with the release of the sophomore album Hardly A Day, Hardly a Night which calls Anjunadeep its home.

While the Anjuna favorites originally had their highly anticipated follow-up set for release in 2018, the trio decided completely scrapped it and essentially put their career on hold for a year.

“We got home and listened to it, then called each other and decided to drop the whole thing. The next week we went back into the studio and started again. We loved the record we made but for some reason, it didn’t feel right, so we didn’t keep anything, we shut ourselves on the boat in Amsterdam where we work and didn’t stop until we’d written a new album.”

After working their way back from square one in a houseboat studio filled with cats, the three-man act returned in a big way with a flawless body of work that is Hardly A Day, Hardly a Night.

“There were a lot of moments when we weren’t sure we’d ever find what it was we were looking for. On the way, we lost friends, lost loves, battled health issues, lost an album, lost each other and came back together again. It feels like a lifetime has passed but the world keeps spinning and I guess we knew we would eventually find our strength and make the album we wanted to make.”

Check out Cubicolor’s list of essential studio gear below! 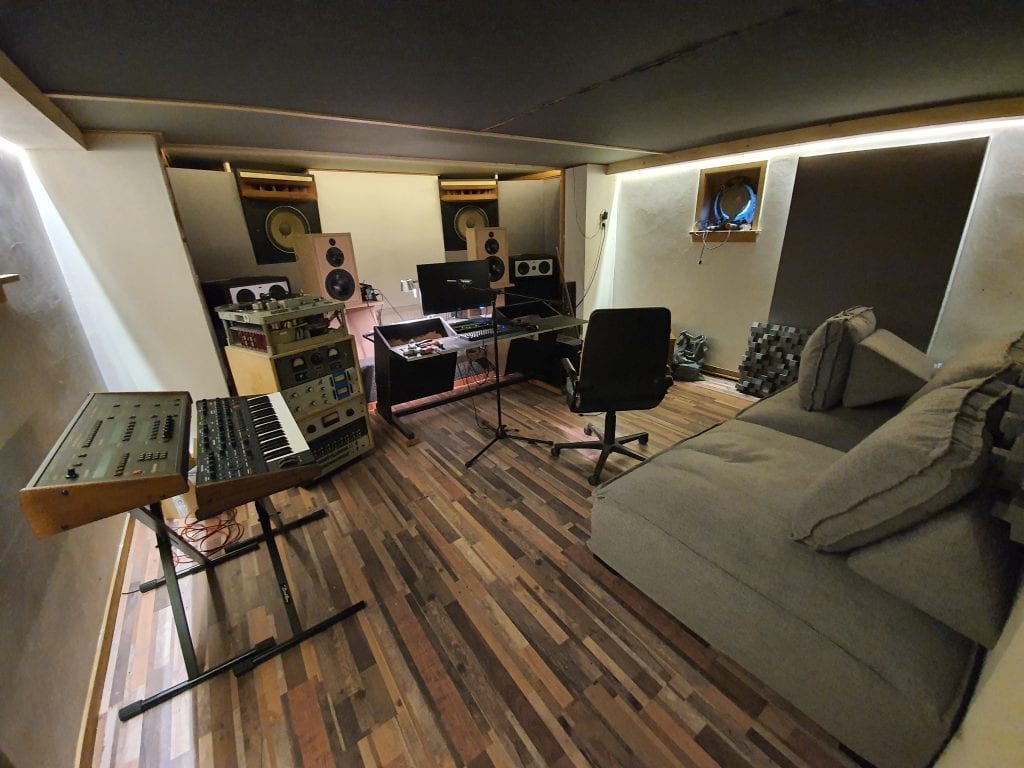 Speakers
We’ve tried out a couple of brands of studio monitors in the past but none of them really could meet our requirements. What we were looking for was an honest pair of speakers that could play anything from Drake to Rachmaninov, without needing subs.

Most products on the monitor market that we’ve listened to always had a downfall. When a monitor had enough bass, then the sound was too artificial.

When the sound was honest, there wasn’t enough bass, etc. etc..

So a couple of years ago we decided we’d just try to build our own. We did a lot of research and eventually came up with a design.

Those speakers turned out better than we had imagined. Of course, we had no clue beforehand whether or not we could make something that was any good at all.

That was a big eye-opener for us. Either we got really lucky or we have some talent creating studio speakers. The first pair we made significantly outperformed the pair of brand monitors we had. From that moment we had our own monitors as main monitors in our studio.

After our first taste of speaker building, we continued to make our second pair. The idea for the second pair was to see how small we could go without sacrificing our requirements. We ended up building a pair of 2-way monitors that can play from 20hz to 20khz and are truly spectacular speakers. The design for these was quite risky but it worked out really well. Either we’re quite lucky or we actually have some skills!

OB6
We love the OB6. It’s not a super versatile synth by itself but the oscillators just sounded really good to us. We used the OB6 a lot on our second album. To bring out more possibilities we created a Reaktor patch to have a lot more modulation options. Some of the lead sounds on our album were created this way. Ob6 plus Reaktor is a killer combo!

Reaktor
We have quite a library of self-cooked reaktor instruments. We’re always looking for unique new sounds and Reaktor is definitely a go-to program to get those. Some instruments are made in a couple of hours, some we spent days and days on. But it is always very gratifying to know that you are listening to something, that you have made, that no one has ever heard before. A good example is the lead synth sound of a track we did called Down the wall.

Tape
We’ve got a little collection of tape machines. From really old to just old 😉 Using tape brings something to the table that plugins still cannot come close to. It will still take a good few years before tape simulations start coming close to the real thing. For Cubicolor we’ve used our Telefunken M15 for all the masters and used the Telefunken M5 (we have 3 of those!) for some trackbounces here and there.

Stratocaster
We have a 1972 Stratocaster that we’ve used for Cubicolor guitar parts. It just has that magic to it that most guitars do not have. Wouldn’t trade it in for any masterbuilt guitar that you can get now, no matter how expensive. For live stuff, we tend to run it through the Axe FX + MFC 101, with a feed going to Ariaan’s modular set up of course. 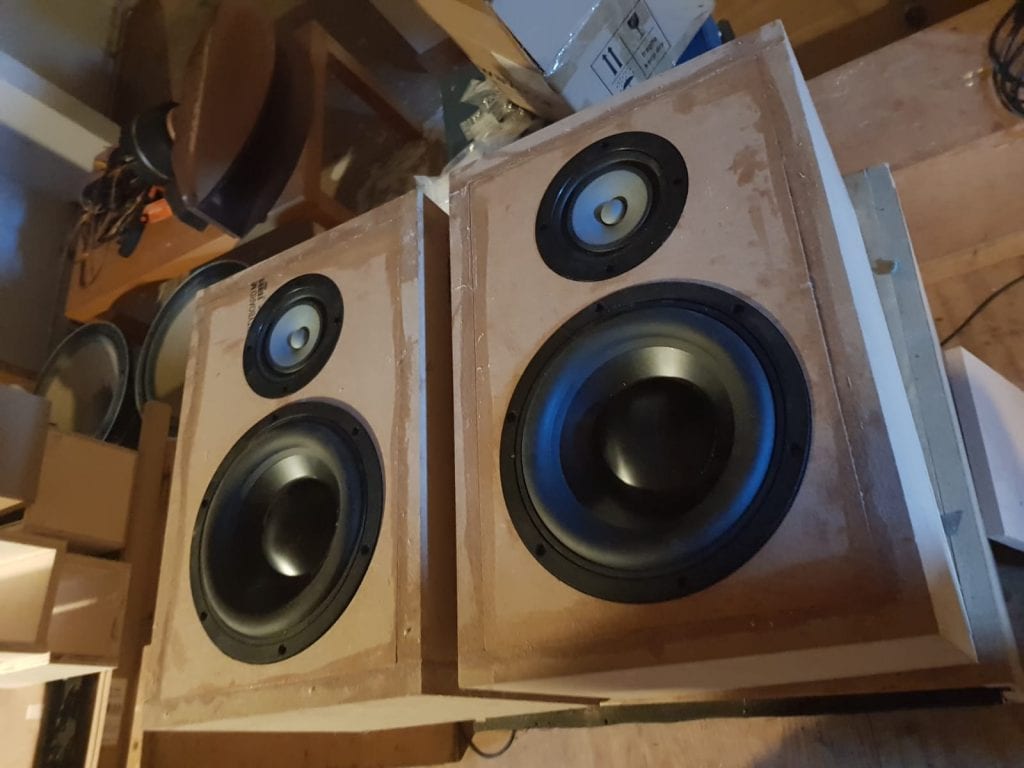 Additional note from Peter about building their own speakers:
One of the most important things to get right as a producer/mixing engineer is your speakers and the room they are in.
A really great pair of speakers brings the music back to life without changing it or getting in the way. This makes mixing/producing a lot easier as there is no guess work involved anymore. You can hear your mix/production as it is. You want a great mix to sound great and a mediocre mix to sound mediocre. So all the areas of the frequency range need to be reproduced in every detail, and without coloration.

In the past we’ve used a couple of different sets of studio monitors from different brands, but we were never really satisfied. So a couple of years back we decided to try to build our own. We did this to try to see how hard it really is to make a proper pair of speakers and to try to make something we would be 100% happy with.

This led to a lot of research. We decided to go with a closed cabinet design. A closed cabinet design minimizes the time delay on the lower frequencies. A bass reflex design gives more bass, but it also introduces a lot more time delay on the lower frequencies. This means that the bass comes later than the rest of the signal. We wanted to minimize that effect as we like tight bass and tight transients.

Then we had to find the right drivers for our closed system. As a general rule you want your drivers to operate in their comfort zone. You don’t want to push drivers to where they shouldn’t be. Furthermore, you want drivers that already have a flat frequency response so they do not need a lot of help to reproduce sound in a natural way. This is a nice puzzle. We ended up making 2 pairs of monitors, a 3-way and a 2-way pair.

After setting them up properly we compared them to (expensive) brand speakers and found that we had made something special. Our speakers sounded more natural, more detailed and could also handle Drake levels of bass without a problem (and without the time delay bass cloud common to bass-reflex systems). So either we got lucky or we knew what we were doing without knowing it hehe 😉

We produced and mixed the Cubicolor album entirely on these 2 pairs of speakers. We are also currently looking at bringing our 2-way speaker to the market. It is small yet very big in sound. People that visit our studio keep asking where the subs are located, but there aren’t any. It’s just these 2 small 2-way speakers! 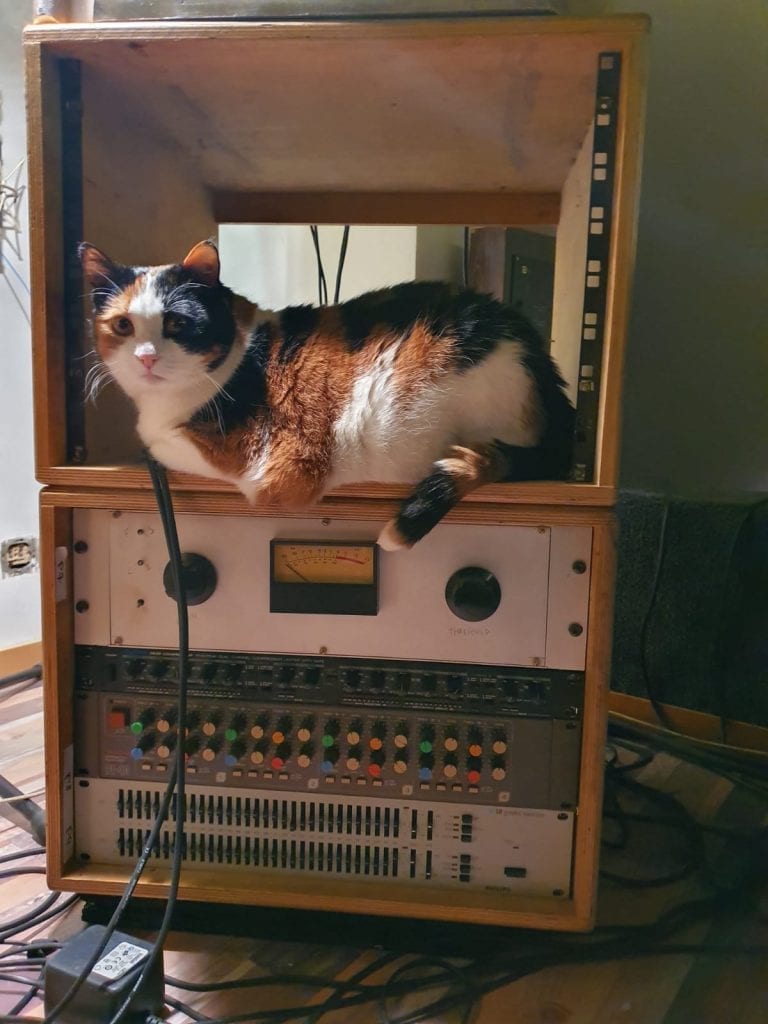 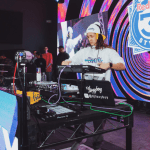 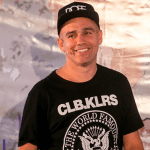 Digital Dave’s 10 Ways to Use Your Coronavirus Downtime