Over the course of his impressive DJ career, Gregory “Lazyboy” Sherrell has won a slew of turntable battles, from local to national in scope, including his victory at the Red Bull 3Style U.S. Championships, held this past December in his hometown of San Francisco.

In the DJ-rich Bay Area, Lazyboy has become one the most-respected turntablists on the scene, in addition to being sought-after for club nights and choice mobile events. However, for Lazyboy, it’s his recurring battle with cancer – Squamous Cell Carcinoma, to be exact – that has required the majority of his attention lately.

In fact, roughly a month before taking the 3Style title, he’d endured surgeries that took a part of his tongue and left him with a tube in his throat. As impressive as his most recent victory was, given the serious circumstances, the 37-year-old DJ remained humble, giving props to his DJ friends who visited him and helped him prep for the competition.

Using Serato DJ software and a variety of Pioneer DJ gear (PLX-1000 turntables, a DJM-S9 mixer, and a DDJ-XP2 controller), Lazyboy rocked the Red Bull battle with a wildly eclectic and entertaining 15-minute set, winning over the hometown crowd, impressing judges and earning the U.S. title. Next stop: Moscow, Russia for the Red Bull 3Style World Championships, April 20-18.
We caught up with Lazyboy after taking the crown.

DJ Times: Before the U.S. 3Style Finals, you had endured a major surgery. You said that the area DJ community really helped in your preparation for the battle.
Lazyboy: Yes, my friends were helping me write scripts, choosing songs, connecting with management for dubplates, adding samples, creating redrums, giving feedback, visiting me, and taking me away from DJing to enjoy the other parts of life. I wouldn’t have done it without them.

DJ Times: But the performance obviously went well, even though you were the first competitor to perform.
Lazyboy: I was super-comfortable on that stage, and fully confident in my set. I had no idea if it would be better or worse than anyone else’s, but I knew that I loved it and could perform it. Right when I dropped “Conga,” I knew it was a wrap for me. I didn’t have anything to worry about as far as messing up.

DJ Times: How would you rate the set?
Lazyboy: I would rate it an A. I did a decent amount of letting the crowd finish lyrics, then switching the track on the one count to something unexpected. They didn’t hold back, at one point even singing, “Hit me baby one more time.”

DJ Times: Why did DJ Dynamix join you onstage?
Lazyboy: I invited him up to do something I’d never seen done before, and that was to have a competing DJ join me and do a merry-go-round during my performance. He said he was down months before the battle and I told him I’d think of the best spot for it and we could practice it once or twice before going onstage. We ran through it two times in the green room with a set-up that I brought from home.

DJ Times: Tell us about the Jazzy Jeff audio snippet that you used in your set.
Lazyboy: My friend [Don Gordo] and I throw a party called “Hella Cheese” in San Francisco where we play guilty-pleasure music, along with cheesy hits across all genres and eras. As a marketing tool, I reached out to the celebrities I know – Tony Trujillo, Shaquille O’Neal, and DJ Jazzy Jeff – to have them send video clips of them stating their guilty pleasure songs. Jeff’s was “Toxic” by Britney Spears, so I used that. See, after I had my surgery, DJ Color TV and DJ Ease came to visit and we played “Hella Cheese” where they saw me bust this out. They both told me I needed to do it in my 3Style set so… bam! 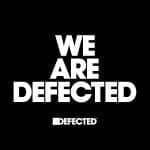 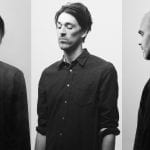